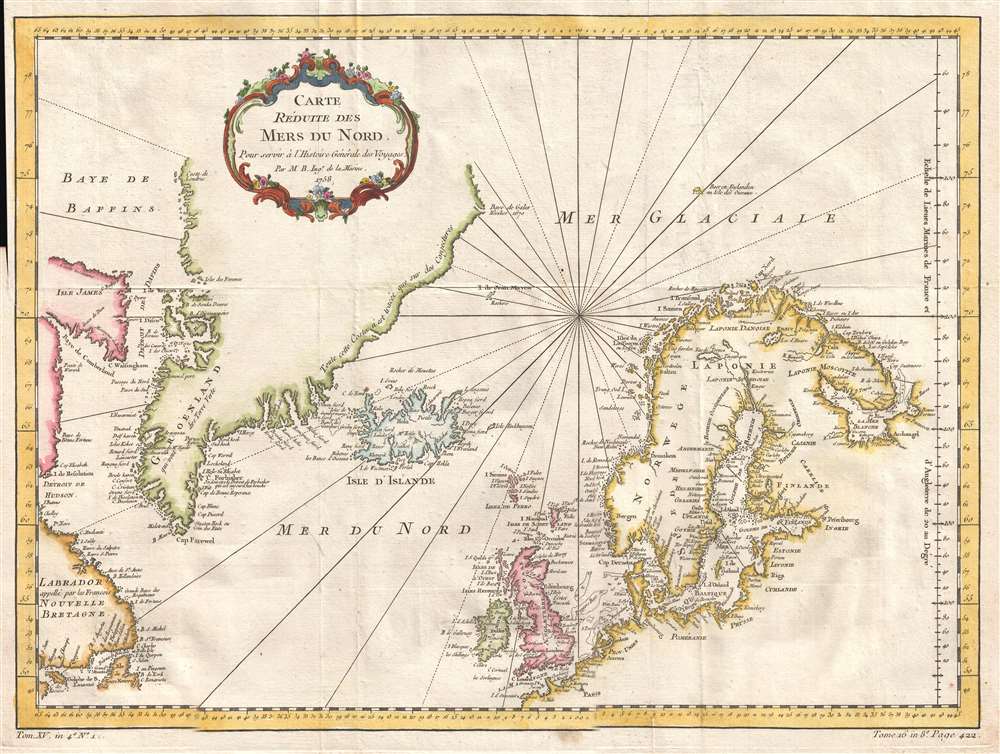 A beautiful map of the North Atlantic.

This is a 1758 Jacques-Nicolas Bellin map of the North Pacific, including Greenland, Iceland, and Scandinavia. The map depicts the region from Labrador to Scandinavia and from the Arctic Ocean to northern Europe. Beautifully engraved and featuring detailed, though not entirely accurate, illustrations of the various coastlines, Bellin's work presents an incredible overview of the region. The coast of Greenland, for example, stretches into the Arctic Ocean, which Bellin states is 'drawn only on speculation'. Islands, fjords, capes, and points are among the locations labeled along the coastlines of Greenland, Iceland, Norway, Sweden, Finland, England, Scotland, Ireland, and the northern coast of Europe. World capitals, such as Paris, Amsterdam, London, Dublin, St. Petersburg, Stockholm, and Oslo are all labeled, along with many, many smaller cities.

This map was created by Jacques-Nicolas Bellin and published by 1758 French edition of Abbé Prévost's L'Histoire Generale des Voyages.