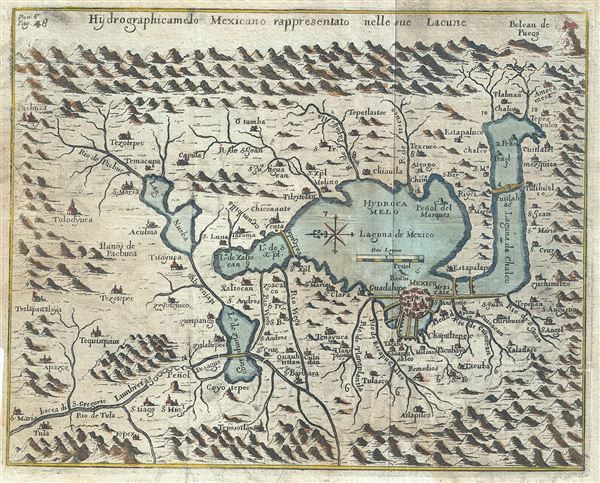 This unusual 1721 map, drawn by Giovanni Francesco Gemelli Careri, depicts Mexico City as it appeared in the late 17th century. Oriented to the east and centered on the insular Mexico City, Gemelli's map covers from Pachuca to Tepoztlan and from Tlalnepantla to Xochimilco. The map features 'A Burning Mountain,' most likely Popocatepetl, in the upper right quadrant. Though some of the geography is skewed, this map is notable for its striking contrast with modern Mexico City, in which the majestic lakes of Mexico, Chalco, Xal, and Nueba are buried under the city's infamous urban sprawl. This map was published in the 1721 Italian edition of Gemelli's A Voyage Round the World.