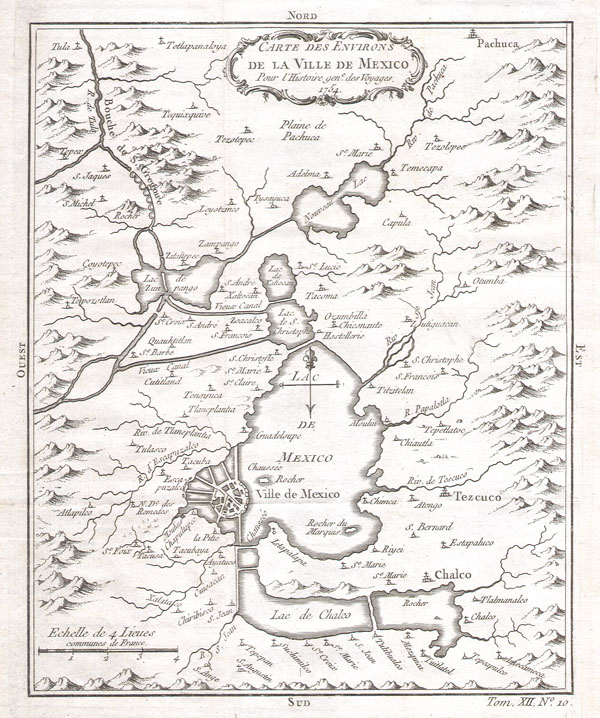 This beautiful little map of Mexico City was produced by the French Cartographer Jacques-Nicolas Bellin in 1754. Depicts the now non-extant lake upon which Mexico City was built. Extends as far north as Pachuca and as far south as San Augustin and Amecameca.