1849 Mitchell Map of Mexico and Guatemala 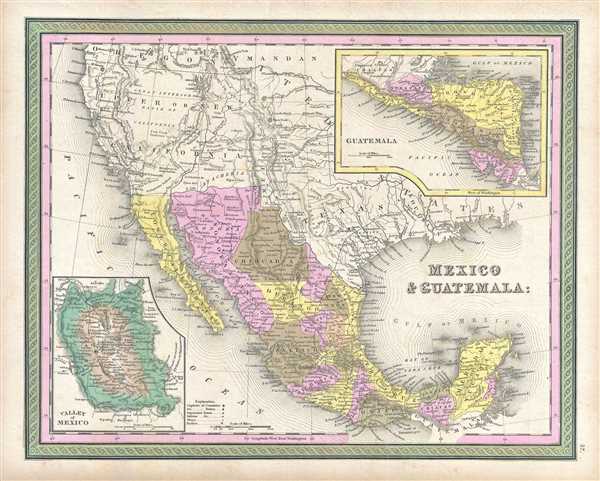 1849 Mitchell Map of Mexico and Guatemala

Mitchell's representation of Mexico in the mid 19th century.

This is a lovely example of S. A. Mitchell’s 1849 map of Mexico and Guatemala. Political and topographical features are noted and color coded with elevation rendered by hachure. The bottom left quadrant features and inset of the Valley of Mexico and Mexico City. In the upper right another inset focuses on the general Vicinity of Guatemala, Nicaragua, Honduras, Costa Rica, and El Salvador. Cities, mines, roads, rivers, battlefields, and other topographical features are noted throughout.