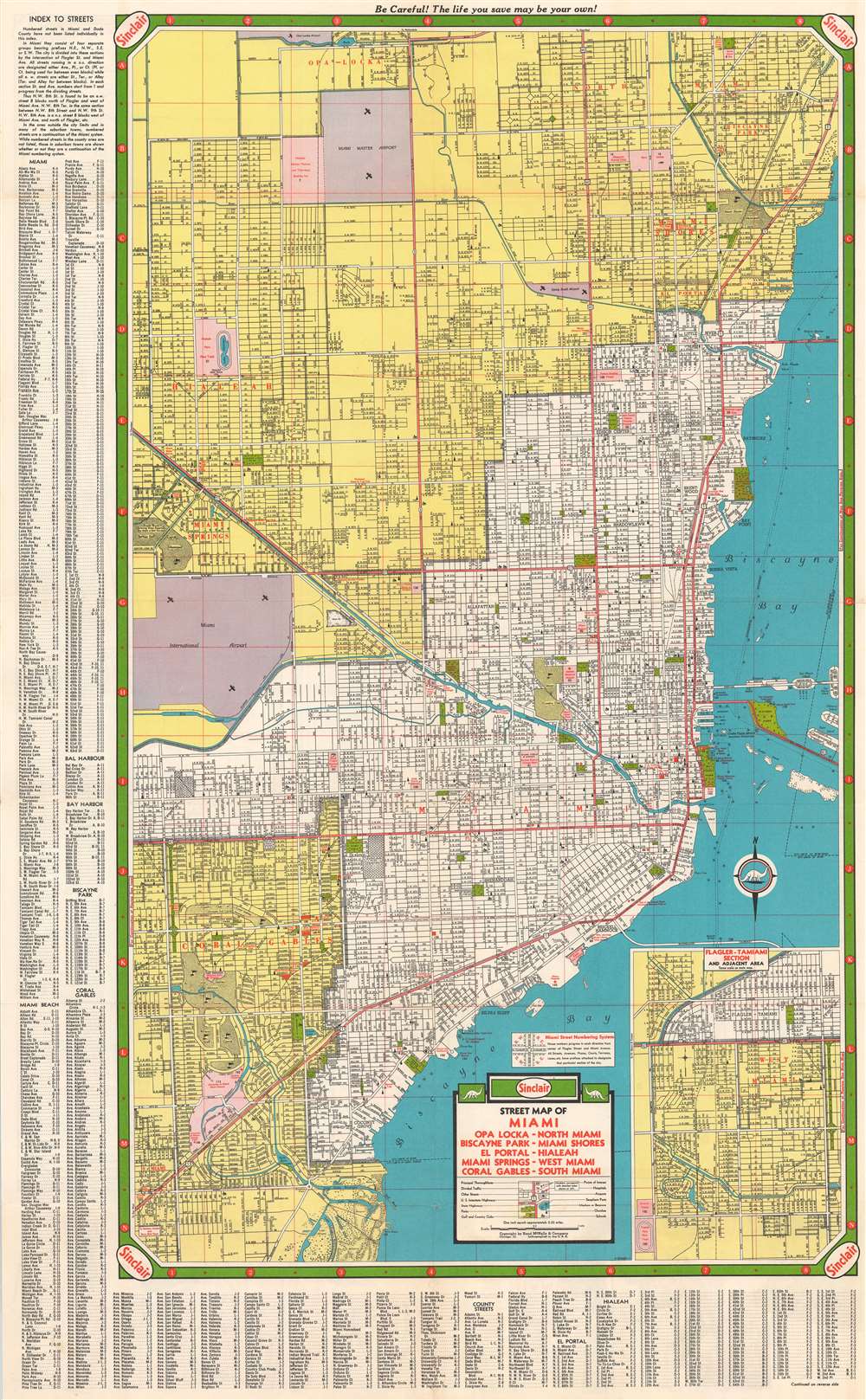 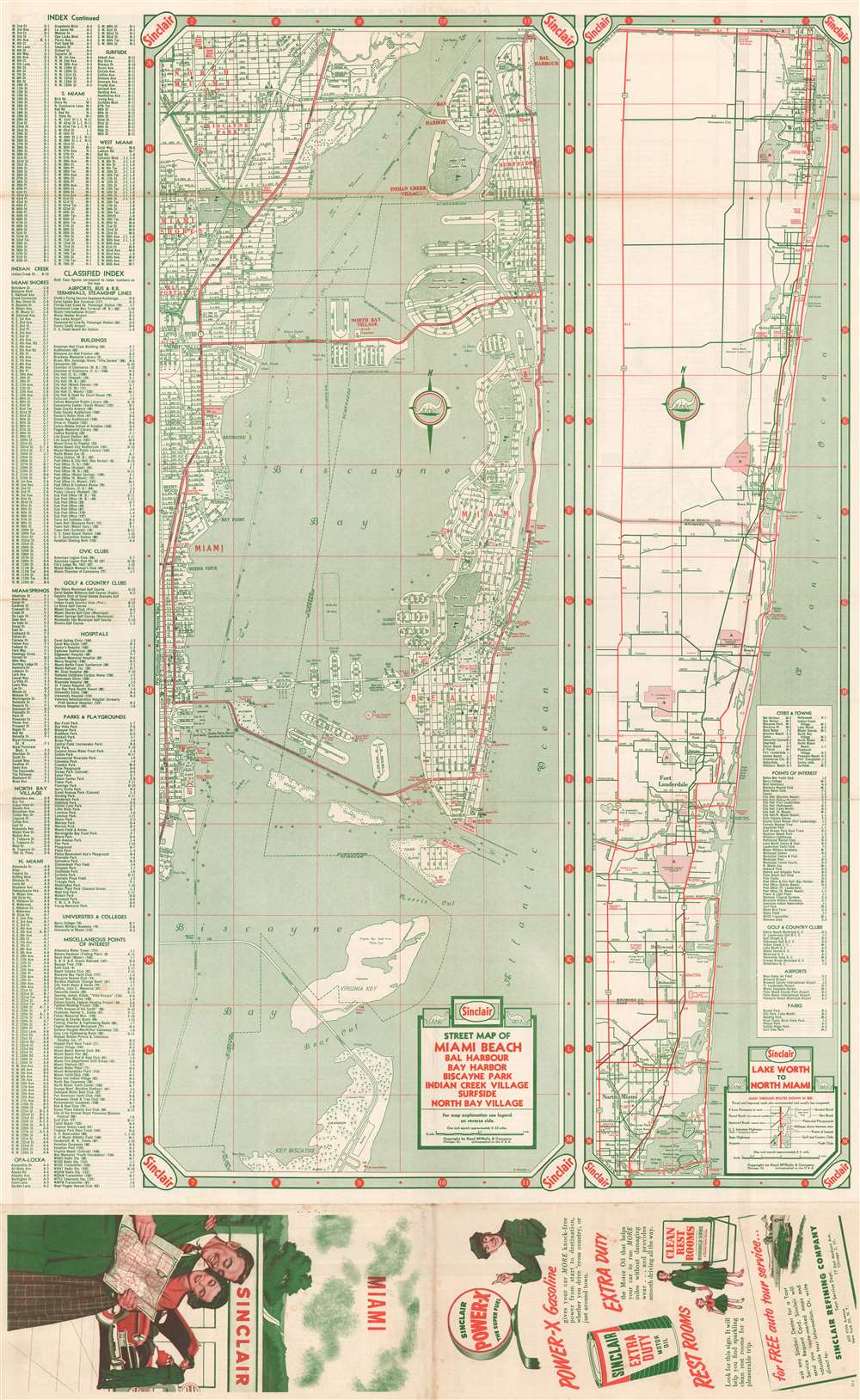 This is a c. 1950 Rand McNally Sinclair Oil city plan or map of Miami, Florida. Printed on both sides of one sheet, the map on the verso depicts from Opa-Locka south to South Miami and from Miami Springs and Miami International Airport east to Biscayne Bay. Streets throughout are illustrated and labeled, with major thoroughfares shaded red. Churches, schools, parks, hospitals, airports, seaplane ports, and beacons are noted. A detailed street index surrounds the map on the left and bottom. An inset map of the Flagler-Tamiami Section occupies the map's lower right corner. Maps of Miami Beach and from Lake Worth to North Miami are printed on the e verso. The index is continued along the left side with indexes of buildings throughout the city, civic clubs, hospitals, parks and playgrounds, and colleges and universities, among others. Locations are numerically identified and could appear on any of the three maps printed on this sheet.

This map was created by Rand McNally and published by Sinclair Oil c. 1950. We have been unable to locate any other cataloged examples.

Very good. Exhibits light wear along original fold lines. Verso repair to a fold separation. Maps of Miami Beach and Lake Worth to North Miami printed on verso.
Looking for a high-resolution scan of this?