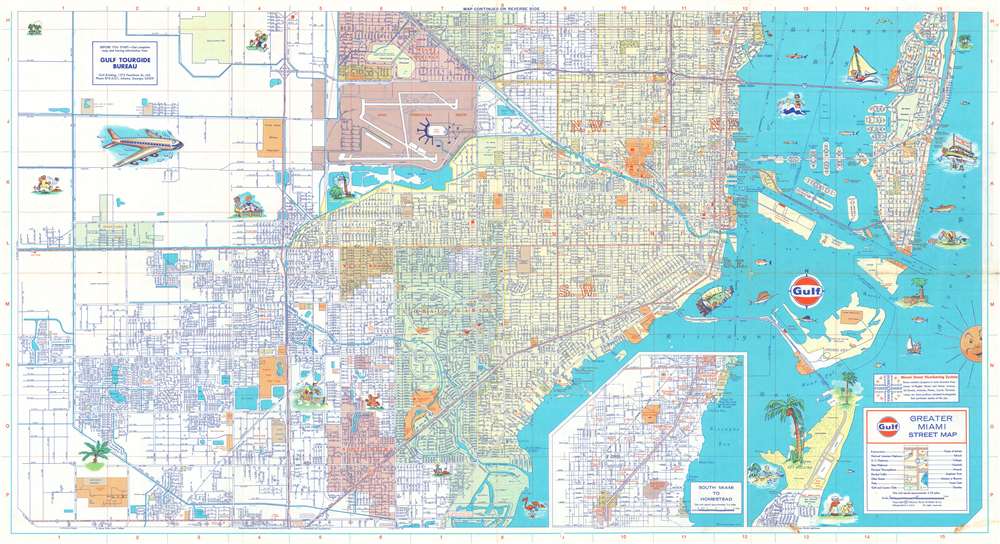 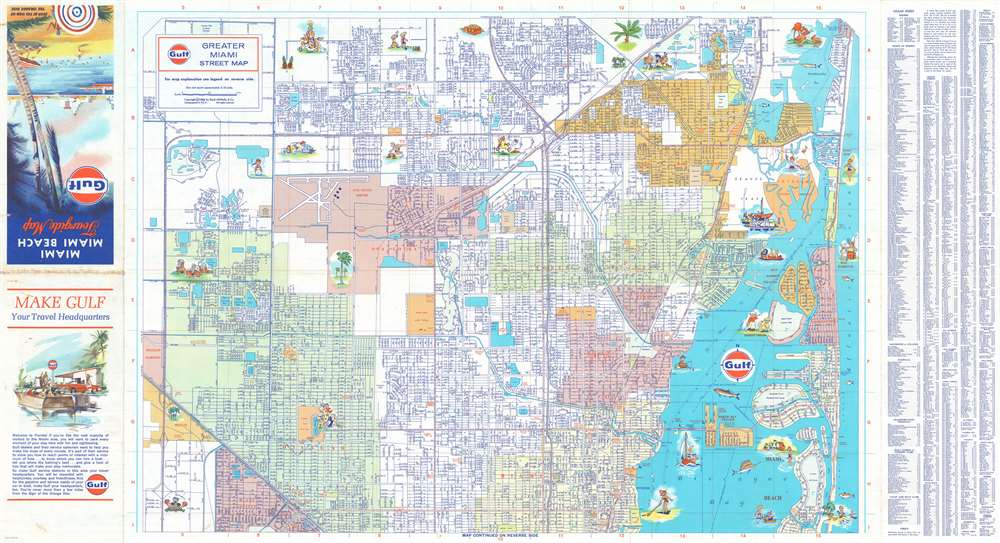 Fun in the sun!

This is a 1966 Rand McNally and Gulf Oil city plan or map of Miami and Miami Beach, Florida. Vignettes featuring comic characters at work and at play populate the map. Some are on horseback, others play football, fish, sunbath, walk along the beach, and golf. A comically stressed airplane appears on the verso landing at Miami International. Unfortunately, it is unclear exactly why the jet is sweating. Could it be because it's working so hard? or maybe it's just too hot?

Streets are illustrated throughout, with neighborhoods, such as Coral Gables, Olympia Heights, Hialeah, and Miami Springs, labeled. An inset on the verso along the bottom border details from South Miami to Homestead. A key, situated in the lower right on the verso, explains the symbols used throughout. An index on the recto along the right border lists hospitals, colleges and universities, yacht clubs, streets, and numerous other points of interest.

This map was created by Rand McNally in 1966 and published and distributed by the Gulf Tourguide Bureau. It is well represented in institutional collections.