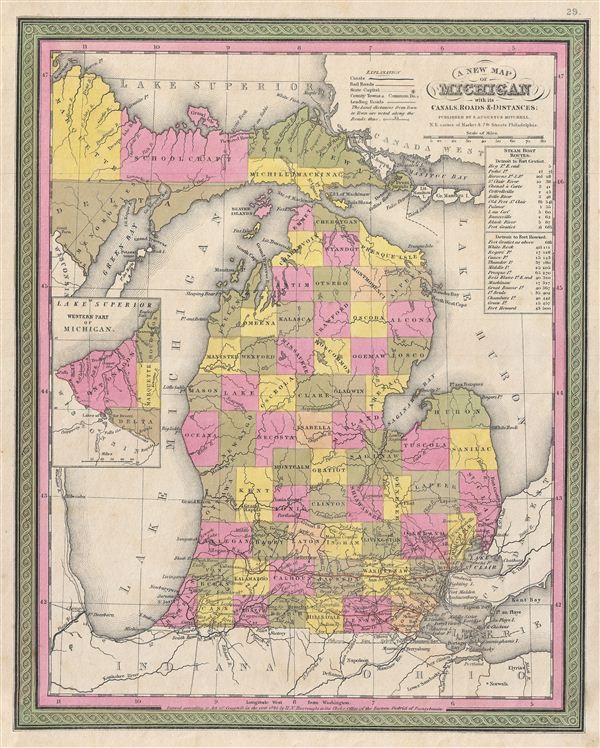 A fine example of the 1846 first edition of Mitchell's map of Michigan. The whole is engraved and colored in Mitchell's distinctive style with green border work and vivid pastels. Political and topographical features are noted and color coded with elevation rendered by hachure. An inset at right center details western Michigan, specifically Ontonagon, Delta, Marquette, and Houghton counties. Along the right border Steam Boat routes with distances are presented in tabular format.

This ephemeral map details the state of Michigan during a period of rapid development. Throughout the 1840s emigration and settlement of the state led to regular changes in the state's configuration as new counties, roads, and railways were added. The present example shows considerable development in the southern tier, especially along the vital railway corridor between Detroit and the ports along the eastern shore of Lake Michigan.

Mitchell derived this map from an earlier map of Michigan by H. S. Tanner, whose plates he acquired in 1846. engraved by H. N. Burroughs for publication as plate no. 29 in the 1846 first edition of S. A. Mitchell's New Universal Atlas.

Very good condition. Blank on verso. Even overall age toning.
Looking for a high-resolution scan of this?