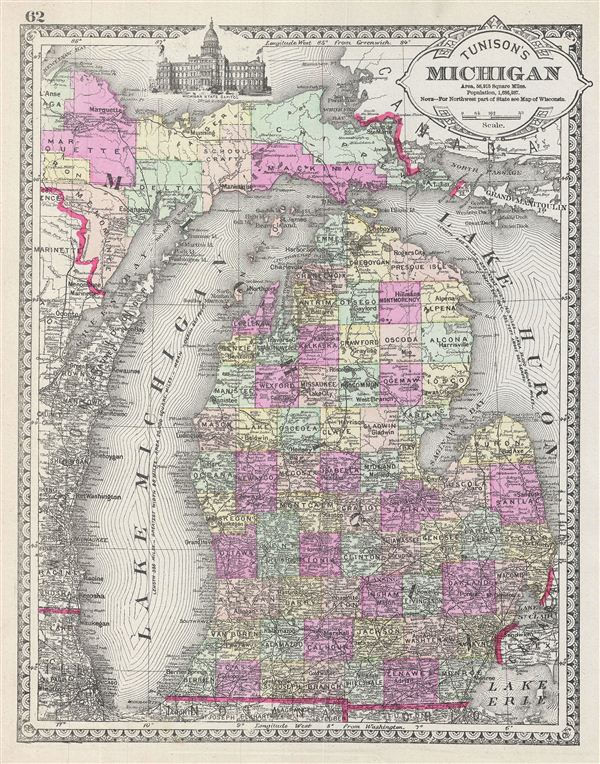 This is a beautiful example of the 1887 Tunison map of Michigan. It covers the state of Michigan from Marquette to Monroe excluding the northwest part of the state. The map also covers parts of neighboring Wisconsin. A beautiful illustration of the state capitol is depicted near the top margin. The map is highly detailed with color coding at county level. Various towns, cities, rivers, roads, and various other topographical details are noted. Published as plate no. 62 in Tunison's Peerless Universal Atlas.

Very good. Map of Indiana on verso.
Looking for a high-resolution scan of this?