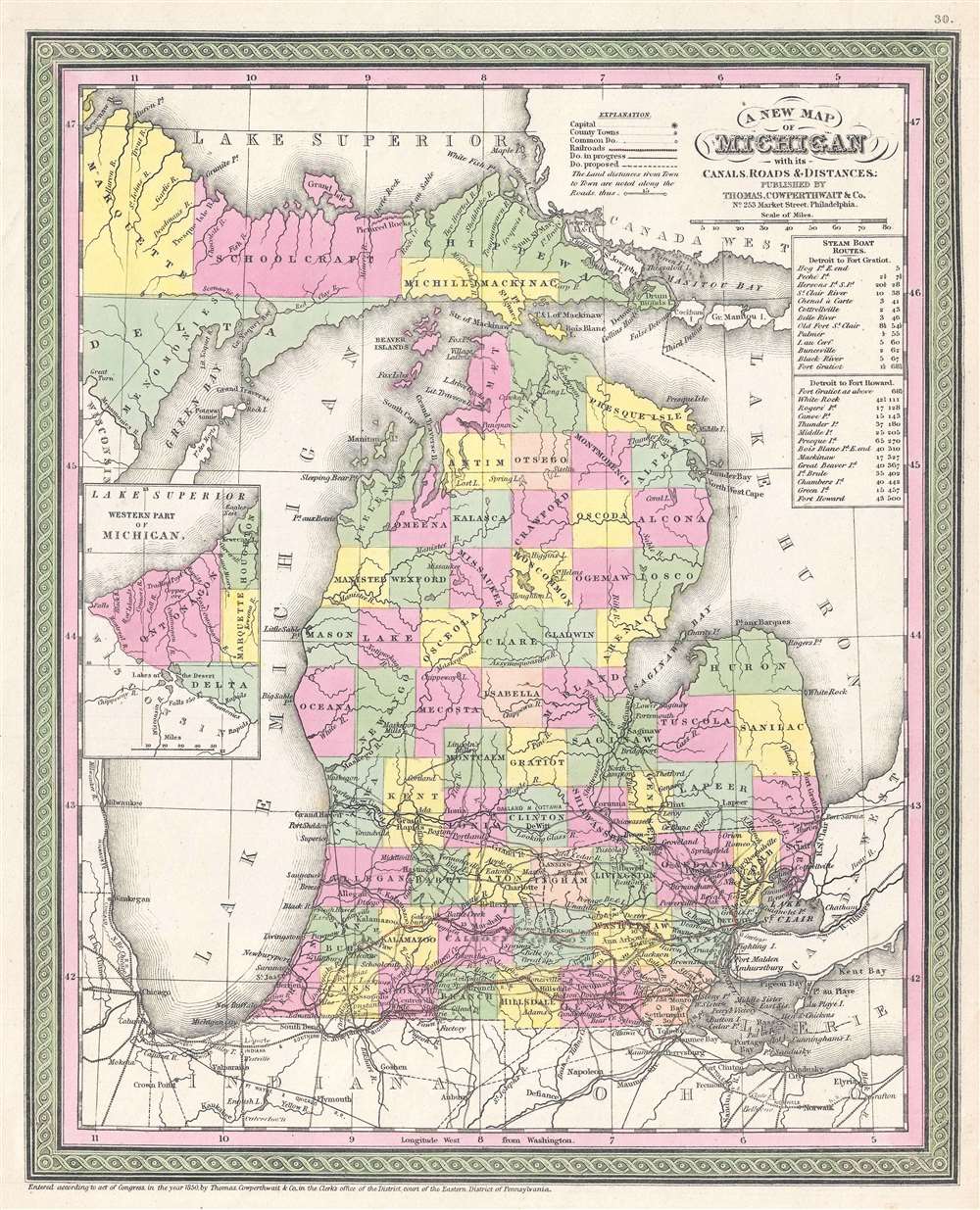 A charming map of Michigan that traces its many roads and railroads.

This is an 1854 Thomas Cowperthwait and S. A. Mitchell's map of Michigan. The map depicts the state from Lake Superior to Indiana and Ohio and from Illinois and Lake Michigan to Lake Huron and Canada. Highly detailed, myriad cities and towns are labeled throughout. Individual counties are illustrated, labeled, and shaded different colors to allow for easy differentiation. Rail lines and roads snake their way across the state, with most of these routes terminating at Detroit. An inset at right center details western Michigan, specifically Ontonagon, Delta, Marquette, and Houghton counties. Along the right border Steam Boat routes with distances are presented in tabular format. The whole is engraved and colored in Mitchell's distinctive style with green border work and vivid pastels.