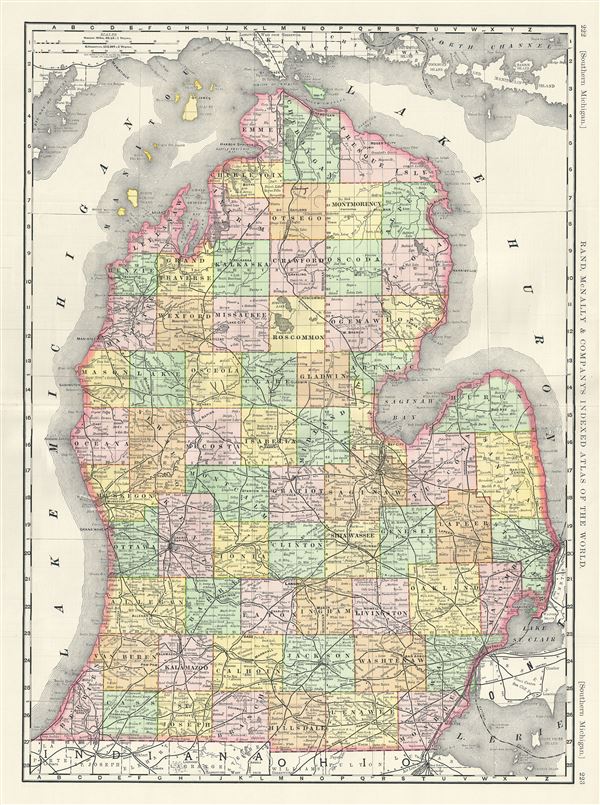 An attractive Rand McNally and Company's 1889 map of the southern part of the state of Michigan. The map covers the lower part of the state bounded by Lake Michigan on the west and Lake Huron on the east. Color coded according to counties, this highly detailed map notes several towns, cities, railways, rivers, lakes and other topographical details. Elevation is shown by hachure. This map was issued as plate nos. 222 and 223 in the 1893 edition of Rand McNally and Company's Indexed Atlas of the World- possibly the finest atlas Rand McNally ever issued.