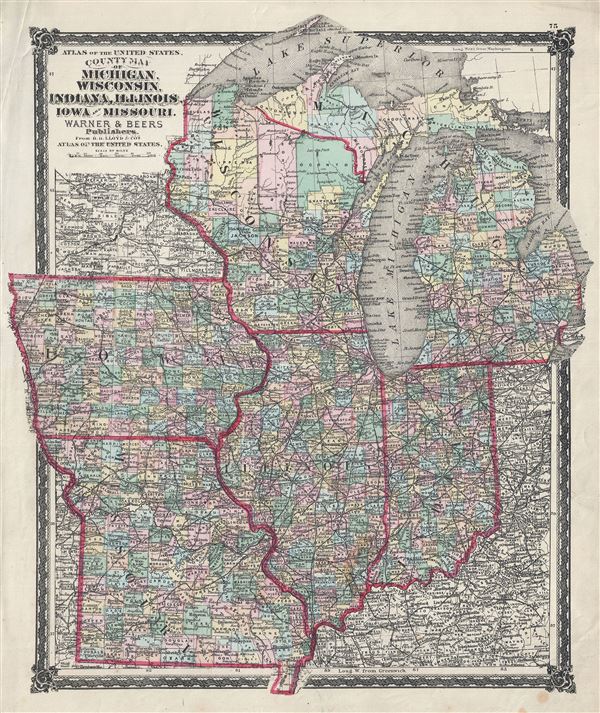 A fine 1876 map of the American Midwest by Warner and Beers. It covers the states of Michigan, Wisconsin, Indiana, Illinois, Iowa and Missouri and includes Lake Michigan and part of Lake Superior. The map is highly detailed and notes cities, railroads, counties, rivers and a host of additional topographical features. Indian tribes are noted in Wisconsin. This map was published by Warner and Beers for H.H. Lloyd and Company's Atlas of the United States.

Very good. Blank on verso. Minor spotting.
Looking for a high-resolution scan of this?