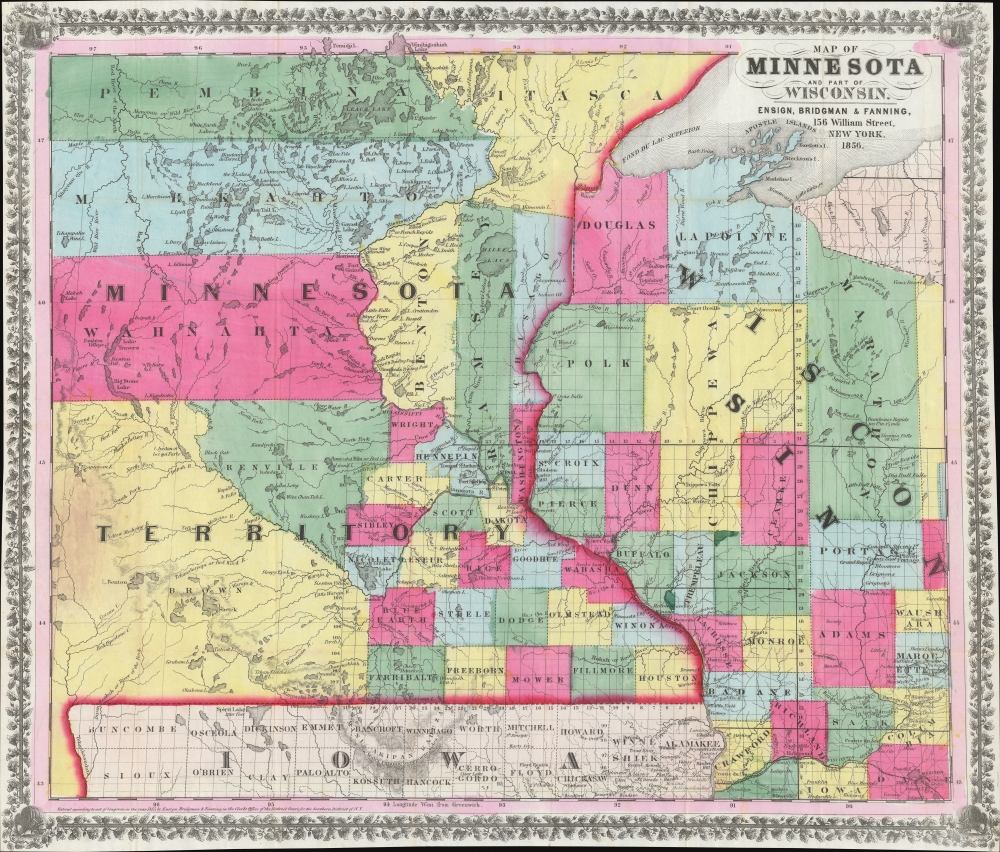 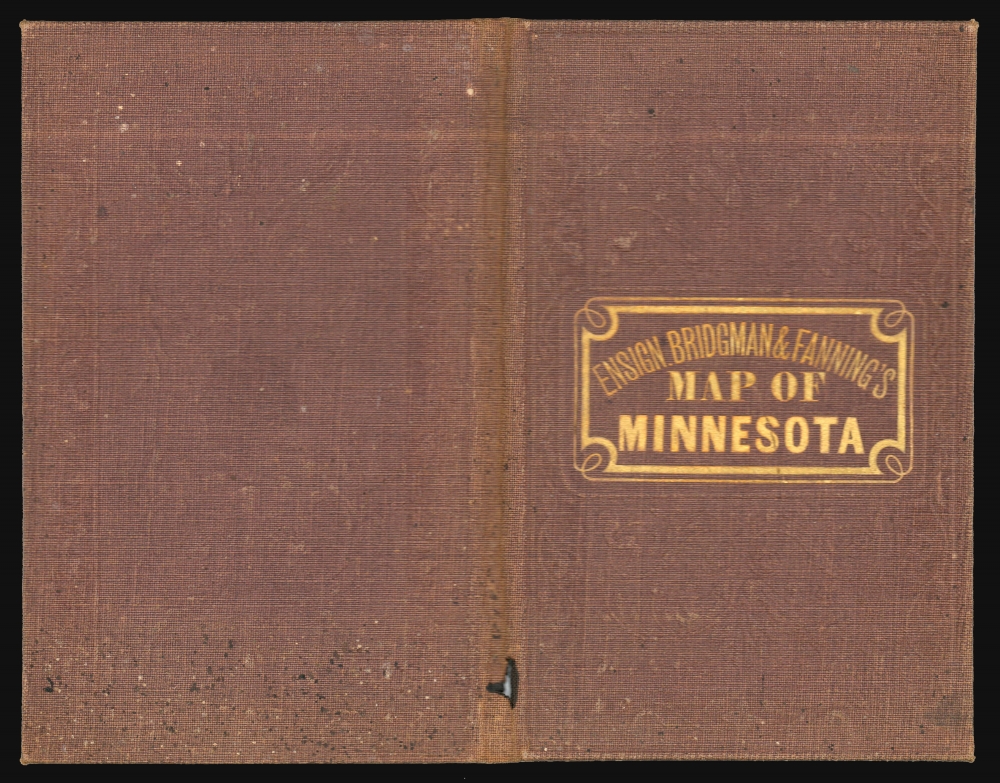 A stunning 1856 Ensign, Bridgman, and Fanning map of Minnesota Territory representing the early settlement of Minnesota. This map illustrates the beginning of the settlement plan for Minnesota proposed by Jonathan Carver in his 1778 Travels. When this map was issued, life in Minnesota was characterized by harsh living conditions and frontier lawlessness dominated by American Indian relations and the fur trade.

Coverage embraces all of modern-day Minnesota, as well as portion of what would become Dakota Territory. It also includes the western parts of Wisconsin and northern Iowa - the major access points. Lake Superior appears in the upper right. Strikingly bright coding defines counties - here mostly focused on the well-organized southeast portions of the territory. The remains portions of the territory are divided into much larger counties indicative of limited survey work and settlement.

Minnesota Territory was incorporated on March 3, 1849, carved out of the 1803 Louisiana Purchase Territories and the 1818 British Cession. The original territory included all of today's Minnesota, as well as North and South Dakota. At the time, Minnesota Territory had three significant pioneer settlements: St. Paul, St. Anthony/Minneapolis, and Stillwater, plus two military reservations: Fort Snelling and Fort Ripley. As evident here, there were no interurban roads within the territory or connecting to adjoining territories - all transportation relied on the regions extensive network of lakes and rivers.

This map was issued in New York in 1856 by Ensign, Bridgman, and Fanning. The present example is the second edition - the first appeared in 1855. This map appears to be a continuation on the same scale as the Ensign, Bridgman, and Fanning Map of Iowa, 1855 (See Rumsey 4414) suggesting that they were mutual extracts from a larger map or possibly even from the same plate. Scarce. We note just 3 known examples: David Rumsey Collection (Stanford), Hennepin County Library, Wisconsin Historical, and Minnesota Historical.