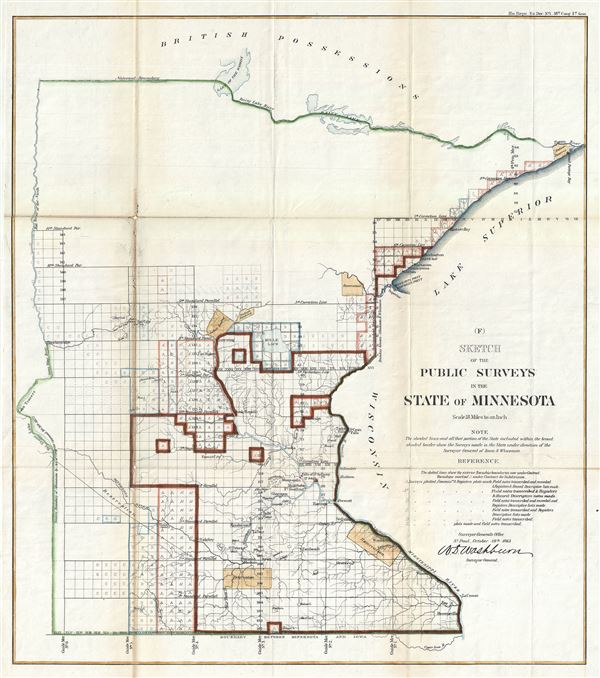 An attractive 1863 example of the 1863 public survey map of Minnesota by W. D. Washburn, Surveyor General. It covers the state of Minnesota from Brownsville to Rainy Lake. The state of the Land Survey, confined to the southern portions of the state in this case, is noted via a series of blocks representing the survey grid. A table in the lower left quadrant explains the various markings on the blocks. Various towns, cities, Indian reservations, rivers, lakes, and other topographical features are noted. This map was prepared to illustrate the progress of the public survey work in Minnesota and issued in the 1864 congressional report, Message of the President of the United States to the Two Houses of Congress at the Commencement of the First Session of the Thirty-Eighth Congress.