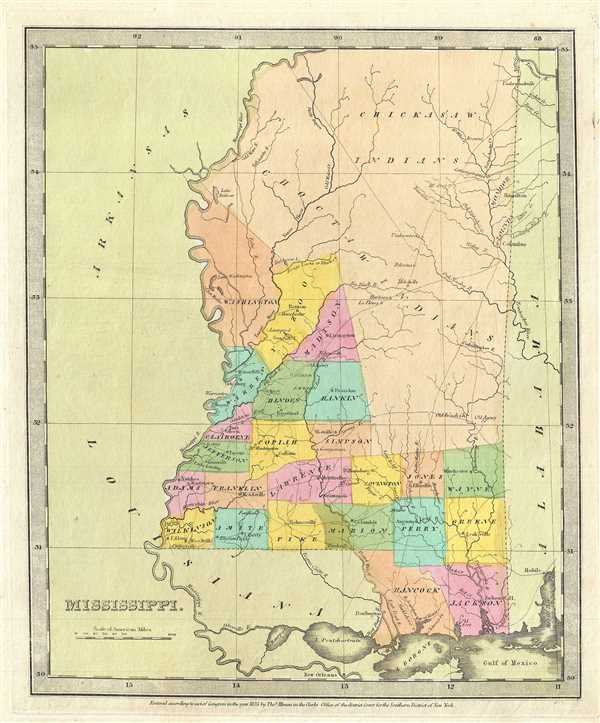 This is an important 1835 first edition map of Mississippi by David H. Burr. It depicts the state in detail noting rivers, roads, towns and other topographical features with color-coding at the county level. The map is particularly interesting and important due to its portrayal of the rapidly changing American Indian situation in the northern part of the state. During this time, most of northern Mississippi was a confined territory assigned to the Chickasaw and Choctaw Indian Nations. Within the Indian lands missionary stations are noted. Just four years before this map was made the Chickasaw and Choctaw were forcibly relocated westward in the infamous 'Trail of Tears.'