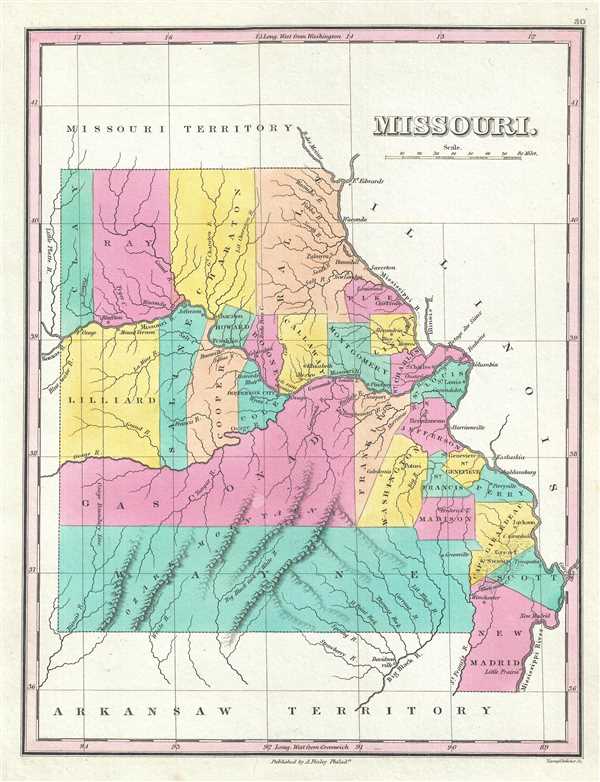 One of the earliest obtainable maps of the State of Missouri.
$350.00

This is an 1828 Anthony Finley map of Missouri shortly following statehood. This is one of the earliest obtainable maps of the State of Missouri. The map depicts the newly created state from the Missouri Terrotory to the Arkansas (Arkansaw) Territory and from the state border to Illinois and the Mississippi River. A very early county configuration, with most of the population attached to the Mississippi and Missouri rivers, is illustrated in Finley's classic minimalist style. Each county is labeled and color coded for easy differentiation. St. Louis is labeled, along with Herculaneum, Hannibal, and numerous other towns and settlements. The western portion of the state is defined by large counties and is largely uninhabited.