1837 Mitchell Map of Missouri and Arkansas 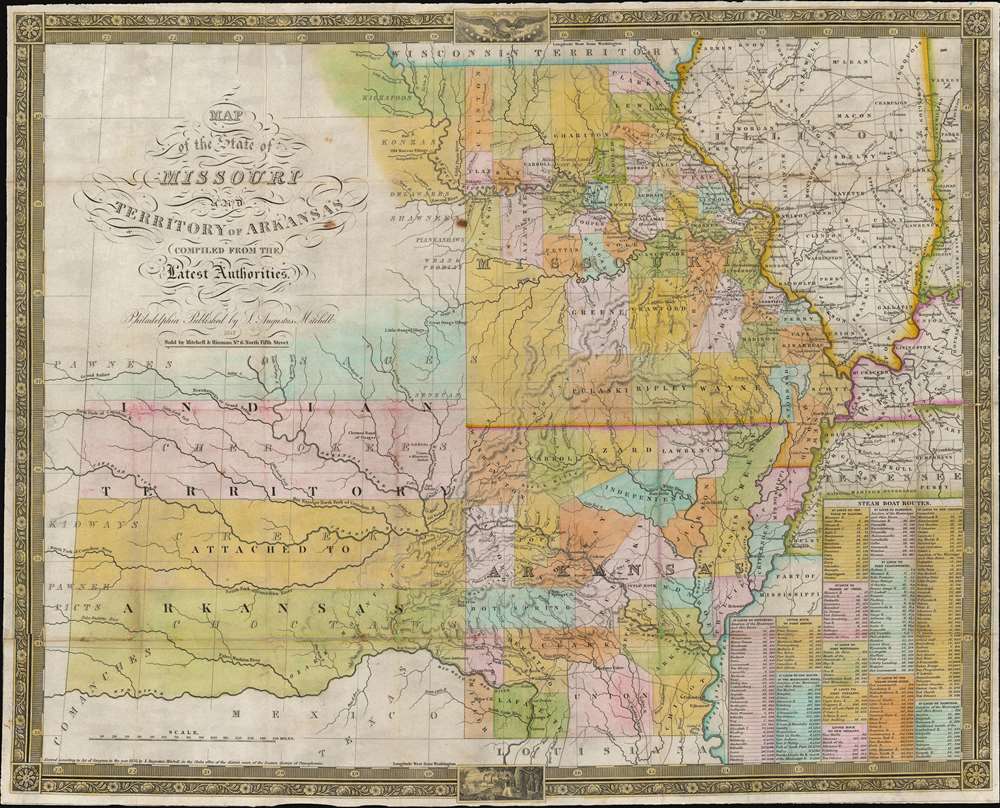 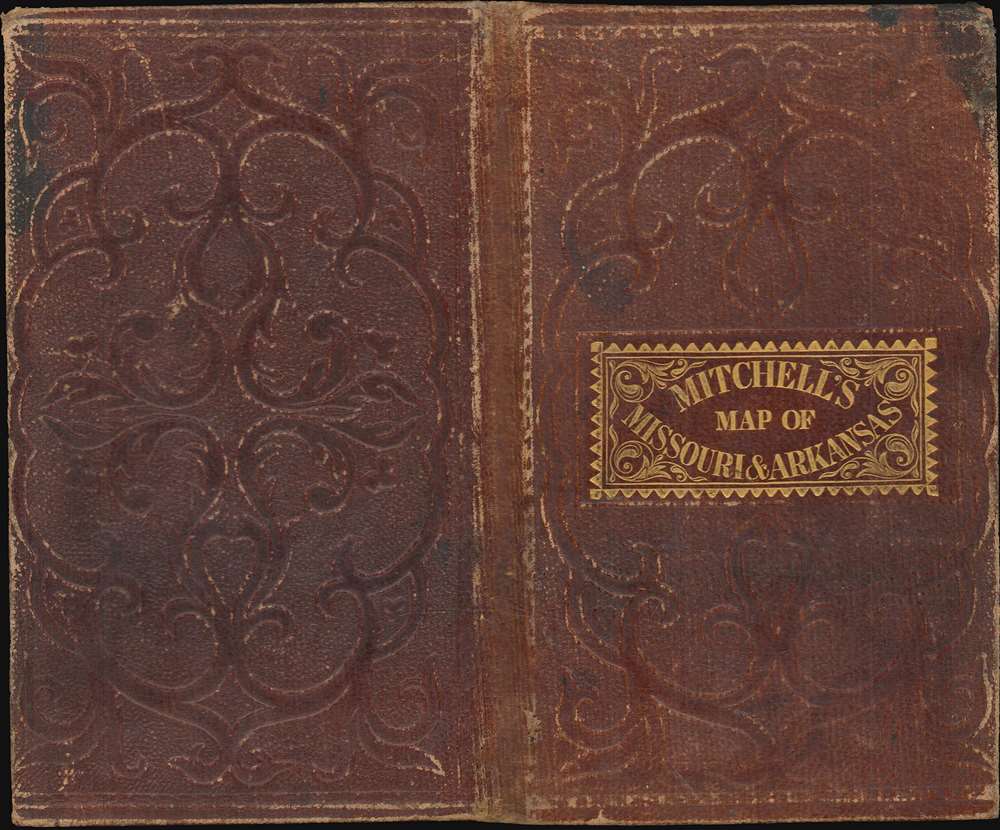 1837 Mitchell Map of Missouri and Arkansas

This is an 1837 Samuel Augustus Mitchell map of Missouri and Arkansas. Depicting the region from the Indian Territory to Illinois and the Mississippi River, counties, cities, and towns are illustrated and labeled. Mitchell also places an emphasis on modern transportation networks: roads crisscross the states and tables of steam boat routes occupy the lower right corner.

The Advance of History

During the 1820s and 1830s, much of the western United States experienced incredible geographical changes, sometimes rapidly, and this region was no different. Published the year after Arkansas was admitted to the Union, this map attempts to reflect the new geographical reality, while at the same time remaining profitable for its publisher. Mitchell has made the map reflect Arkansas's statehood, but still states that the Indian Territory is attached to Arkansas. However, that territory was separated from Arkansas in 1824, with more territory subsequently removed from the Arkansas Territory in 1828. The title also reflects some lethargy in updates, since it still reads 'Territory of Arkansas'.

Why Not Change Everything?

In the 19th century, changing printed materials, particularly maps, was an expensive proposition. Likely, Mitchell copyrighted the map in 1835, as the copyright date suggests. Then, he published the map in 1836 (the first traceable edition of this map), but with changes to the borders to reflect Arkansas's statehood. As stated above, copyrights were expensive, and it was common, particularly for atlas publishers, to change the maps but not change the copyrights. If Mitchell had copyrighted this map only shortly before Arkansas became a state, and wanted to change the title, he likely would have had to pay for a new copyright. Thus, Mitchell likely made the decision to reflect the correct geography, at least to the best of his ability, but not change the title or the copyright.

Good. Laid down on archival tissue with some minor fill repairs a a few fold intersections. Removed from but accompanied by original binder.