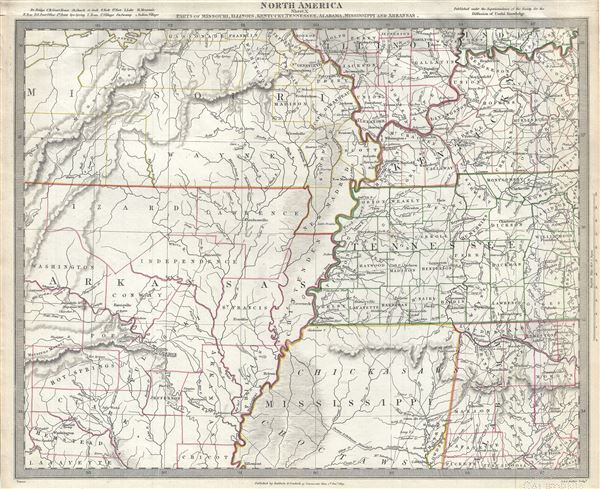 An attractive 1833 example of the Society for the Diffusion of Useful Knowledge or S.D.U.K. map of Arkansas, Missouri, Mississippi, Kentucky, Tennessee, Alabama and Illinois. The map covers from St. Clair in Missouri to Hempstead in Arkansas and east as far as Breckinridge in Kentucky and Shelby in Alabama. Towns, rivers, mountains, Indian villages and topographical features are noted throughout, with relief shown by hachure. Identifies Little Rock, Hot Springs and Batesville among other important landmarks.