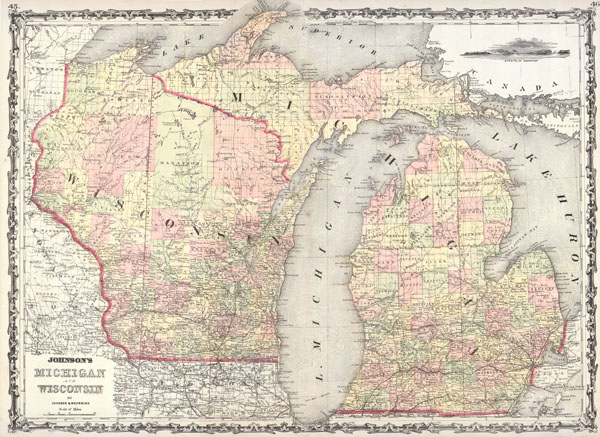 This is a beautifully hand colored 1861 lithograph map of Michigan and Wisconsin. Includes a beautiful inset engraving of the Straits of Mackinaw which divide the northern peninsula of Michigan from the main landmass to the south.