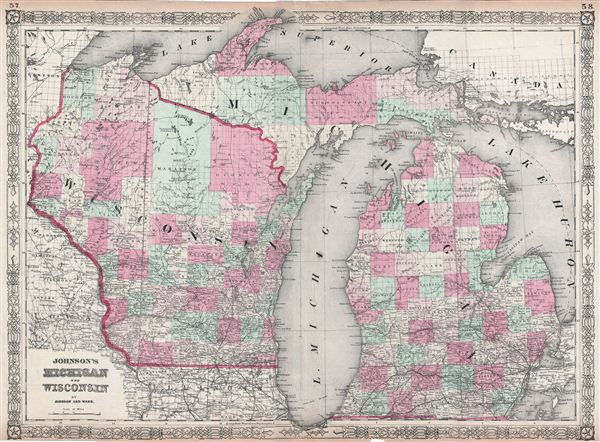 This is a beautifully hand colored 1863 lithograph map of Michigan and Wisconsin. Includes a beautiful inset engraving of the Straits of Mackinaw which divide the northern peninsula of Michigan from the main landmass to the south.

Very good. Typical wear and verso repair along original centerfold and margins. Narrow bottom margin. Minor foxing and overall toning. Text on verso.
Looking for a high-resolution scan of this?