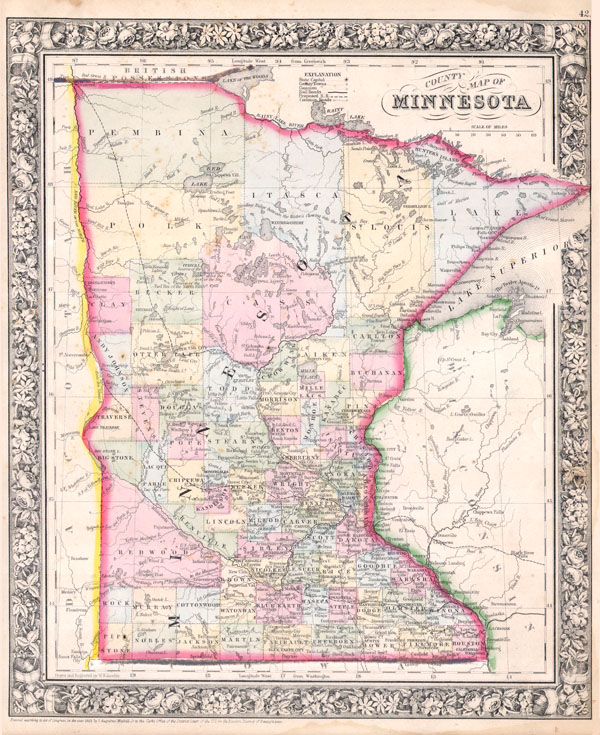 A beautiful example of S. A. Mitchell Jr.'s 1864 map of Minnesota. Detailed to the county level with attention to American Indian tribes, towns, geographical features, proposed railroads, and cities. Many of the counties of northern and western Minnesota are absent or ill defined. 'Lake of the Woods' and 'Rainy Lake' appear to the north of the map. One of the most attractive atlas maps of this region to appear in the mid 19th century. Features the floral border typical of Mitchell maps from the 1860-65 period. Prepared by W. H. Gamble for inclusion as plate 42 in the 1864 issue of Mitchell's New General Atlas. Dated and copyrighted, 'Entered according to Act of Congress in the Year 1862 by S. Augustus Mitchell Jr. in the Clerk's Office of the District Court of the U.S. for the Eastern District of Pennsylvania.'