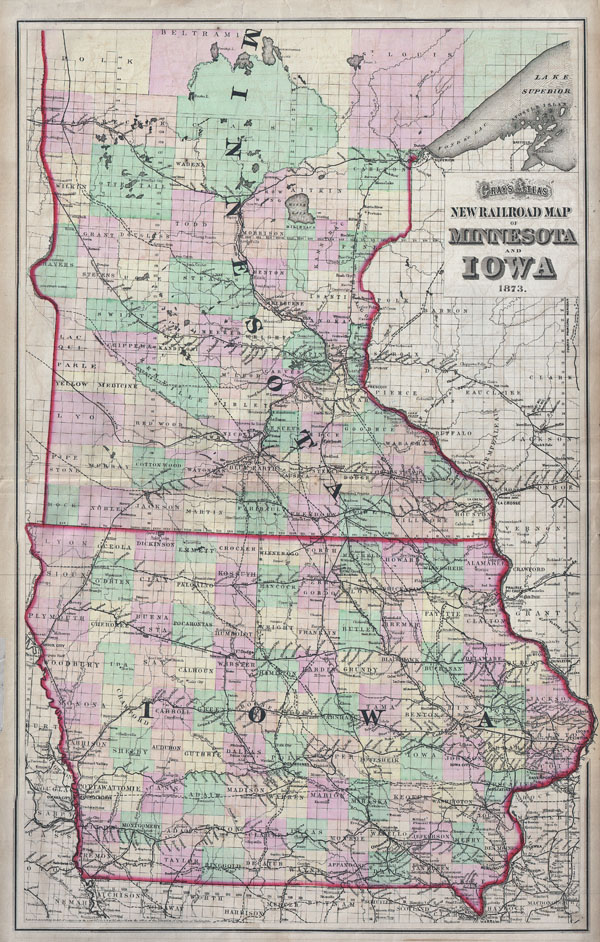 This is Gray's uncommon railroad map of Minnesota and Iowa, dated 1873. Covers the area in considerable detail with special attention to the railroad lines that were rapidly being built to accommodate this developing region. Divided and color coded according to counties. Copyrighted, 'Entered according to Act of Congress in the year 1873 by G.W. and C.B. Colton and Co. in the Office of the librarian of Congress, at Washington.'