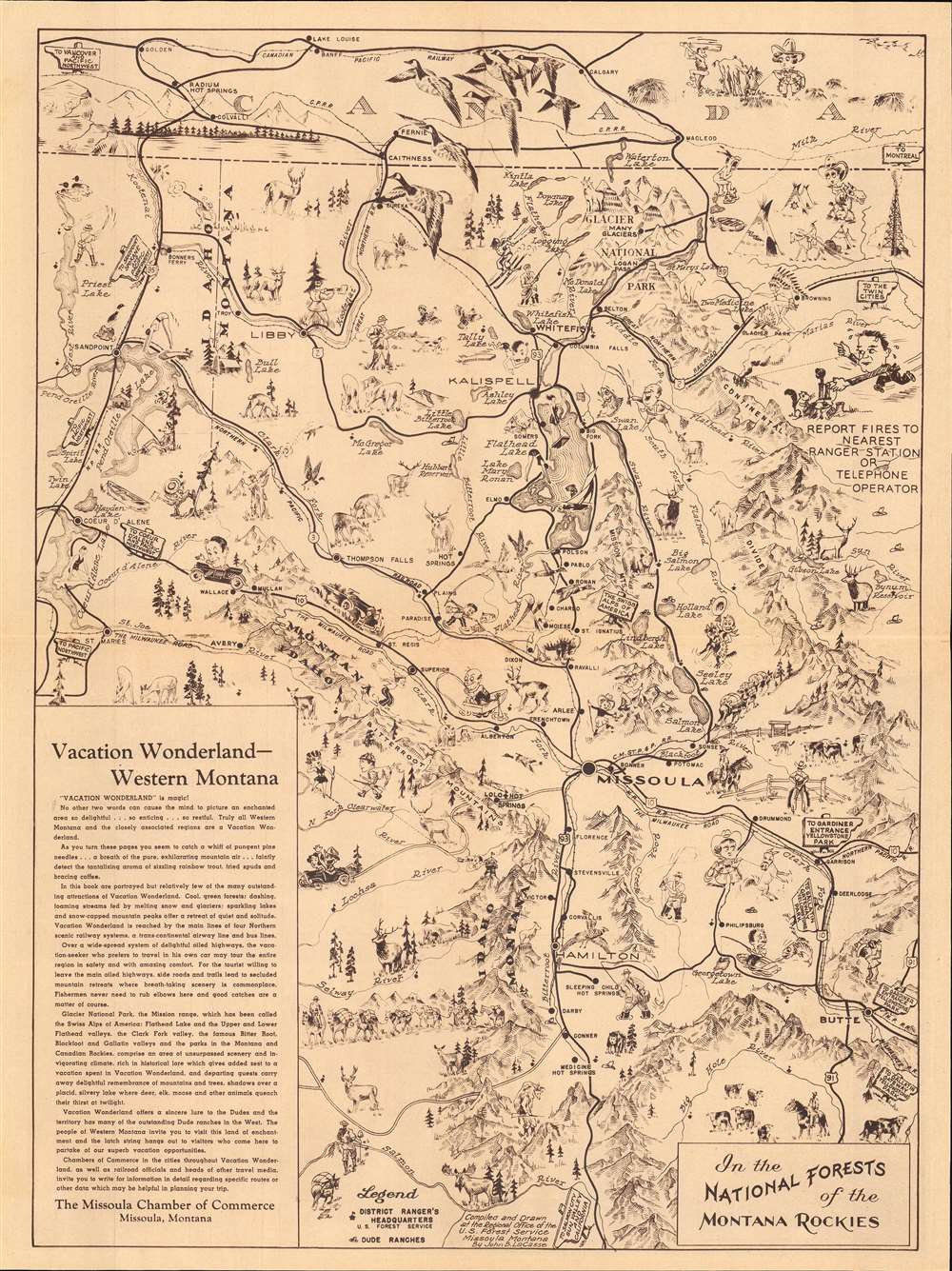 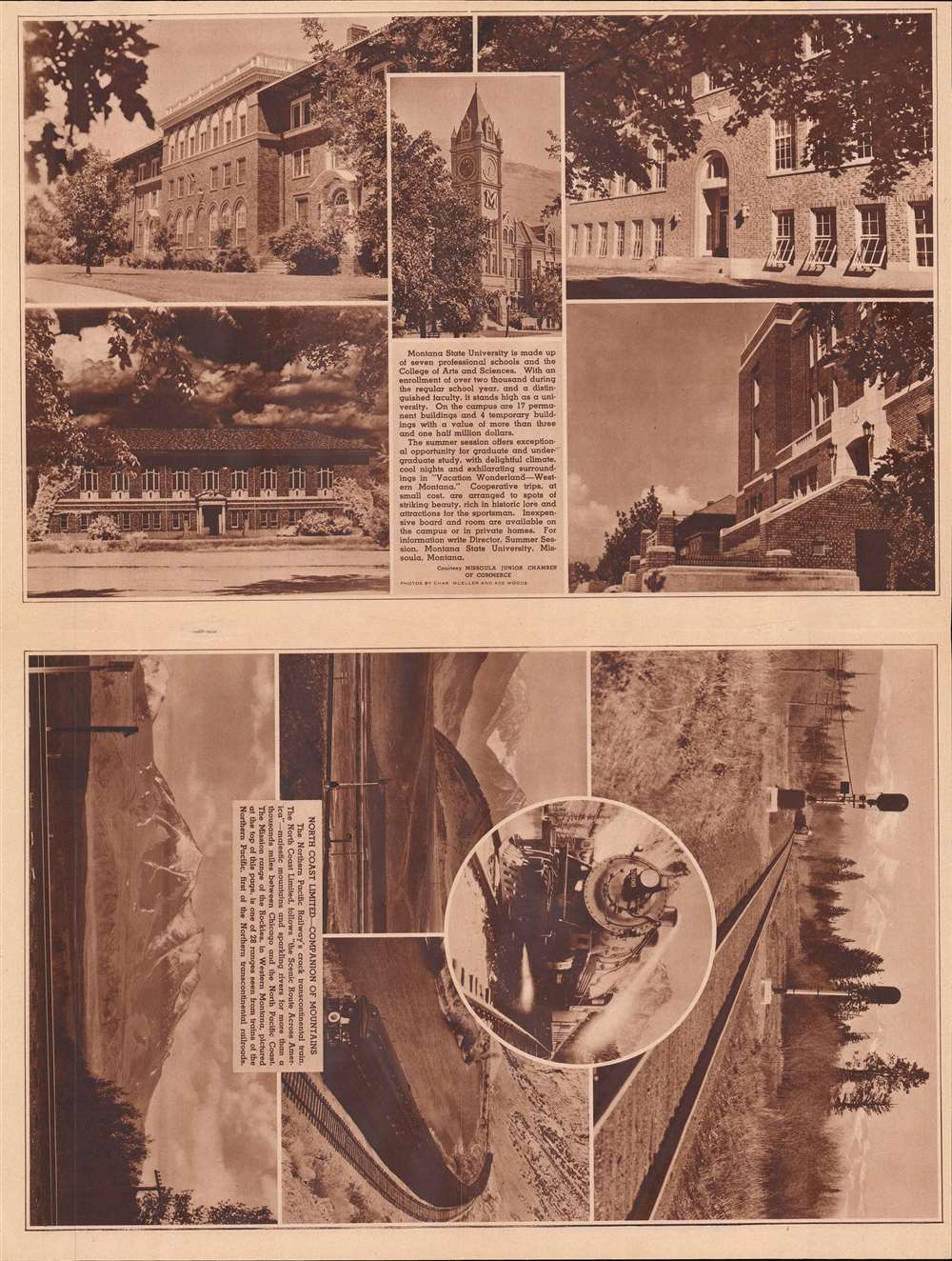 This is a charming 1940 John B. LaCasse pictorial tourist map of western Montana. Vacationers frolic through the untamed wilderness of the Rocky Mountains, from Coeur d'Alene to Butte. Fishermen spend their time catching fish, instead of waiting for bites, and skiers zoom down mountains. Glacier National Park and its natural wonders beckon the traveler. Montana's incredible wildlife, including deer, elk, bear, moose, and mountain goats, are prevalent. Hunters flush geese and grouse while their wives waterski and swim on pristine lakes.

This map was created by John B. LaCasse and published by the Missoula Chamber of Commerce in 1940. One example is cataloged in OCLC and it is part of the collection at the University of Montana in Missoula. Examples are scarce on the private market.

John B. LaCasse (July 9, 1904 - November 11, 1982) was an American artist, draftsman, and illustrator for the U.S. Forest Service. He attended Missoula County High School before transferring to Los Angeles Polytechnic High School, where he graduated. He then attended the University of Montana in Missoula.At one point, either during his college years or soon after, he worked as a seaman on a freighter to China in search of adventure. Upon his return, he enrolled in the Northwest School of Taxidermy and subsequently worked in the Clark Taxidermy Studio in New York City. He then moved on to work as a commercial artist for Meyer Both and Company in Chicago before returning to Missoula to work for himself as a commercial artist and illustrator for nine years. He worked as a draftsman in the General Land Office of the Interior Department and the Montana Highway Department in Helena, Montana from 1935 until 1937. He joined the staff at the Farm Security Administration as a field assistant in 1938 and later that same year became a junior engineering draftsman in the former Northern Rocky Mountain Forest and Range Experiment Station in Missoula. He was promoted to statistical draftsman in 1940, and worked as an illustrator-draftsman for the U.S. Forest Service in the Forest Service Northern Region headquarters from 1944 until his retirement in 1966. He married Marie Sparrow on June 9, 1941, with whom he had one son. Learn More...