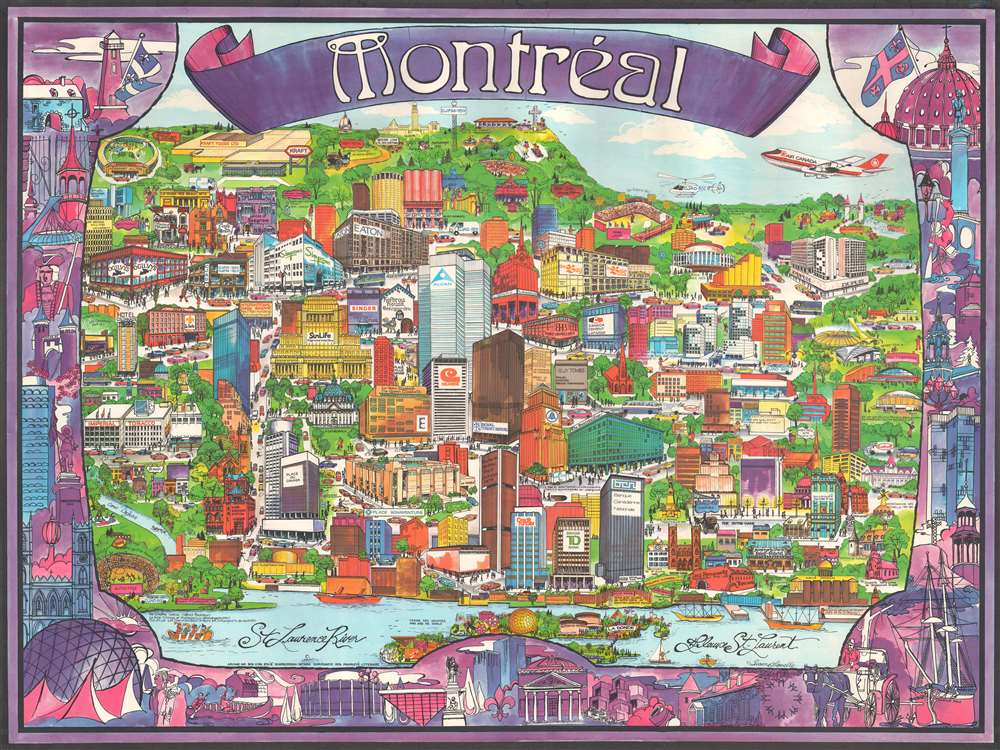 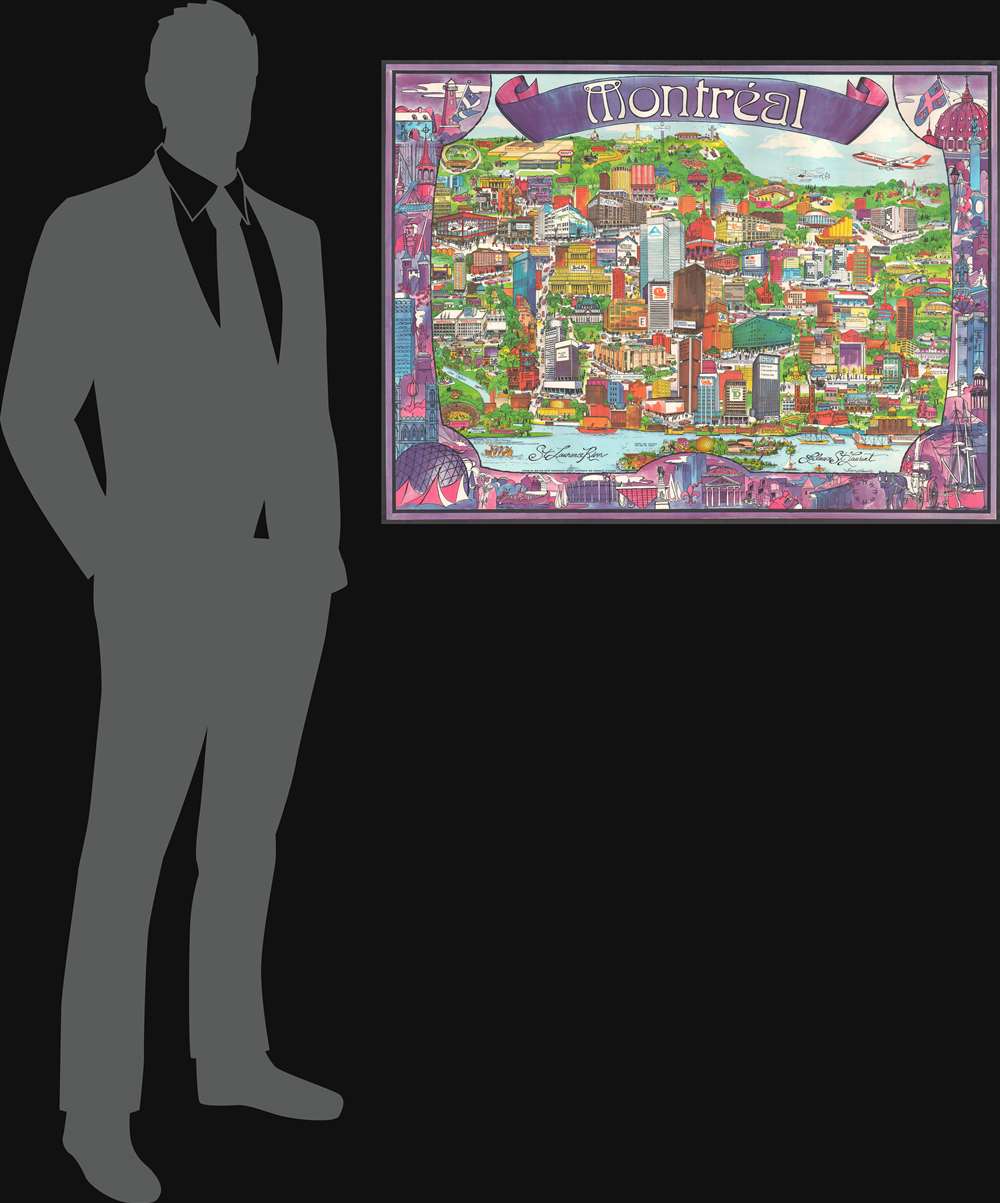 This is a large-scale loosely cartographical 'city character print' 1974 Swaena Lavelle pictorial map of Montréal, Canada, published two years before the Montréal hosted the 1976 Summer Olympics. The view overlooks the city from the west from across the Saint Lawrence River. Buildings throughout are illustrated, including several department stores, banks, hotels, and the headquarters of the Montreal Star. Two Olympic venues, the Olympic Stadium and Arena Maurice Richard, appear near the right border. Wonderful artistic illustrations of sites around Montreal create a fantastic pictorial border.

City Character Prints issued a series of comical city views between 1972 and 1983. The views combine cartographic perspective with exaggerated illustrations of important landmarks, historical sites, and 'typical' people engaged in 'typical' activities. The views were produced by different artists, with, as far as we can tell, no single artist having produced more than one. Some are unattributed. Cities covered include New Orleans, St. Louis, Birmingham, New York, Syracuse, Philadelphia, Dallas, Buffalo, Chicago, Austin, Washington D.C., Miami, and Phoenix, among others. Most, as here, bear the Canadian imprint of Archar Inc., Ontario. Many were later licensed as puzzles. We even note a map of Singapore, dating to 1990, that uses the term 'City Character Print' and while mimicking the style, and also by a Canadian artist. It may or may not be related. The style inspired a whole genre of copycat work of perseverant popularity.

This 'City Character Print' was issued in 1978 by Archar

This map was drawn by Swaena Lavelle and published by Archar Inc. in 1974.


Archar / Travel Graphics (1973 - Present) is a Canadian and U.S. publishing company initially based in Toronto, Ontario. The firm is best known for its 'City Character Prints' - cartoonish view style maps intended to express the 'character' of a city. The firm employed a host of in house art directors, as well as a host of freelance illustrators. We find no trace of the company after 1983. Variants of the imprint include 'Archer Western' based in British Columbia and the St. Paul, Minnesota based 'Archar International'. Around 1984, the Minnesota firm was renamed Travel Graphics - Archer International, often printing under the 'Travel Graphics' imprint. Travel Graphics later relocated to Hawaii, where they remain active. Learn More...

Very good. Mounted on heavy linen.
Looking for a high-resolution scan of this?