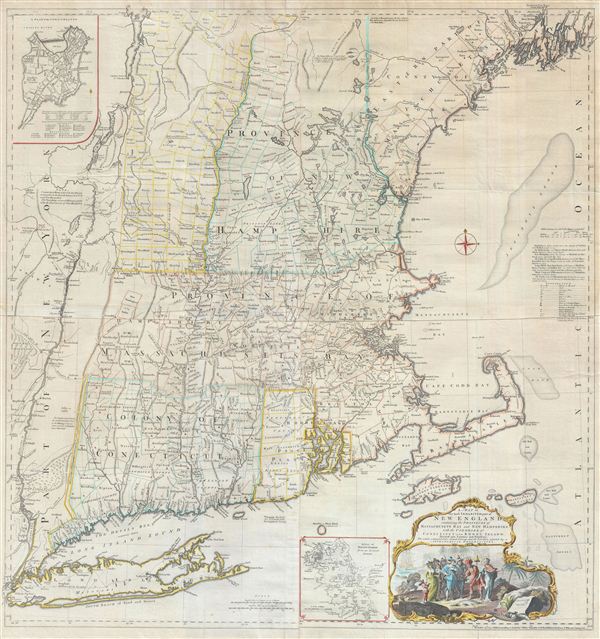 A Map of the most Inhabited part of New England containing the Provinces of Massachusets Bay and New Hampshire, with the Colonies of Connecticut and Rhode Island, divided into Counties and Townships: The whole composed form Actual Surveys and its Situation adjusted by Astronomical Observations.
1774 (dated)     41 x 40 in (104.14 x 101.6 cm)

had a number of marked characteristics as a cartographer ... One was his ability to collect, to analyze the value of, and to use a wide variety of sources; these he acknowledged scrupulously on the maps he designed and even more fully in accompanying remarks. Another outstanding characteristic was his intelligent compilation and careful evaluation of reports on latitudes and longitudes used in the construction of his maps, which he also entered in tables on the face of the maps ... Mead's contributions to cartography stand out ... At a time when the quality and the ethics of map production were at a low ebb in England, he vigorously urged and practiced the highest standards; in the making of maps and navigational charts he was in advance of his time. For this he deserves due credit.