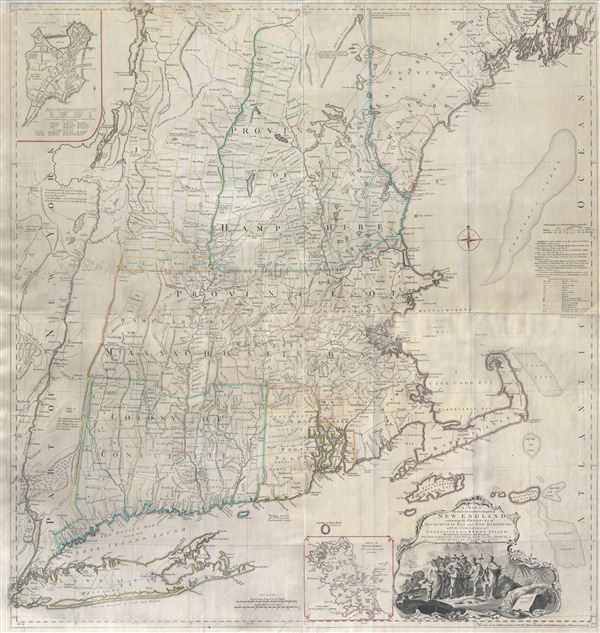 A Map of the most Inhabited part of New England containing the Provinces of Massachusets Bay and New Hampshire, with the Colonies of Connecticut and Rhode Island, divided into Counties and Townships: The whole composed form Actual Surveys and its Situation adjusted by Astronomical Observations.
1774 (dated)     41 x 40 in (104.14 x 101.6 cm)