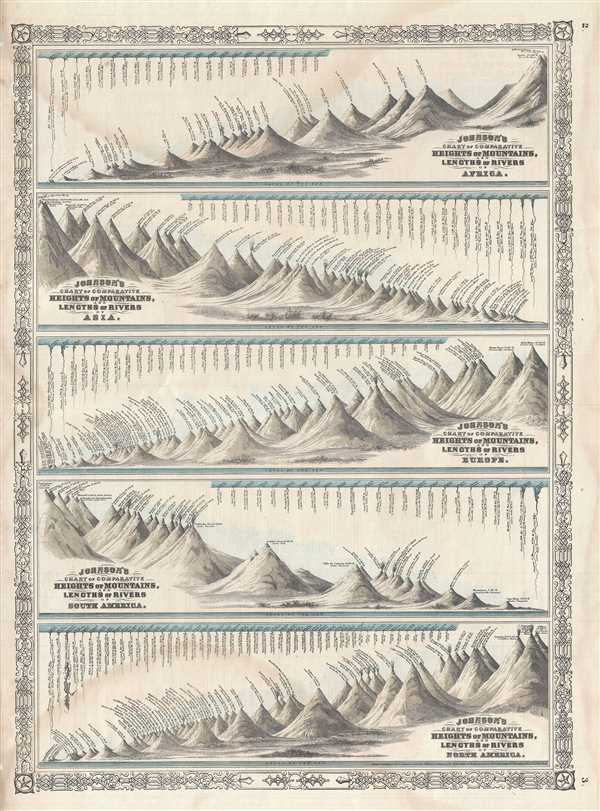 A significant reimagining and re-engraving of Johnson's Comparative Mountains and Rivers Chart.