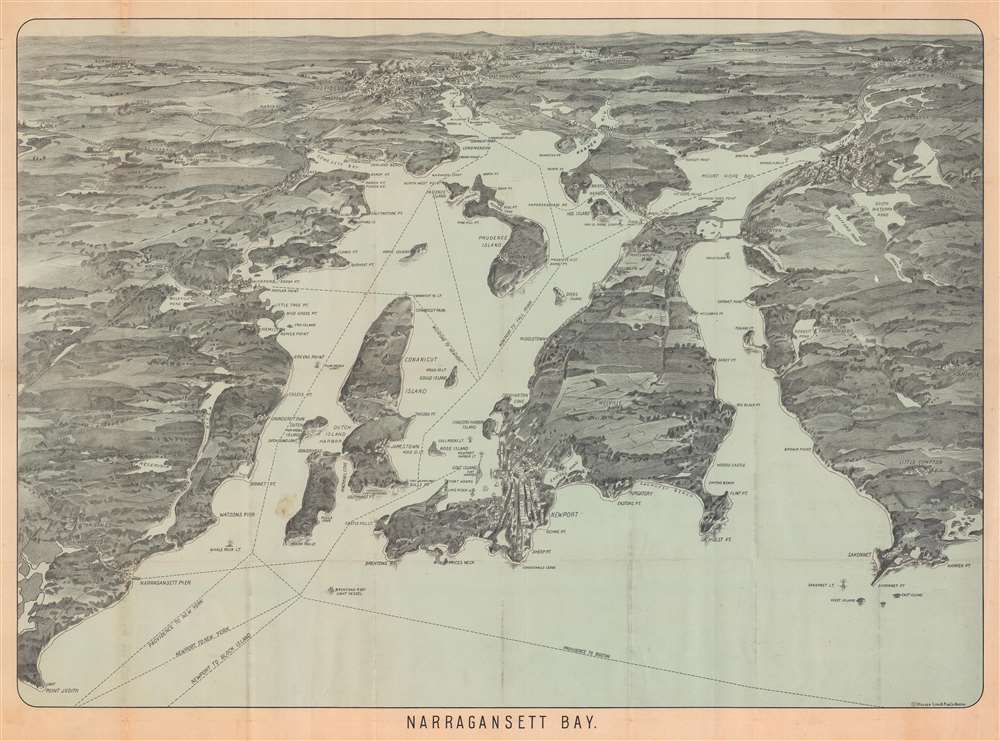 This is an uncommon c. 1900 George H. Walker bird's-eye view map of Narragansett Bay, Rhode Island. This is one of a series of view and maps published by Walker, among others, to serve the on-board and in-terminal newsstand market. The views were sold as souvenirs as well as practical guides to the journey.

The view depicts the entirety of Narragansett Bay, from Point Judith to Providence, and extends eastward as far as Warren Point and Sakonnet. It identifies Newport, Conanicut Island, Prudence Island, Rhode Island, and various settlements along the bay's shoreline. Ferry routes crisscross the bay and lighthouses are illustrated in profile. Railroads appear as well, including the New York, New Haven, and Hartford Railroad.

This map was produced by Boston map publisher George H. Walker and published c. 1900 by the Rhode Island News Co. of Providence, Rhode Island. Walker is better known for his similar view maps of Boston Harbor - the present example is thus somewhat out of his focus area and very scarce. We note five examples cataloged in OCLC which are part of the collections at the New York Public Library, Brown University, Harvard University, the State Library of Massachusetts, and the University of California Santa Barbara.