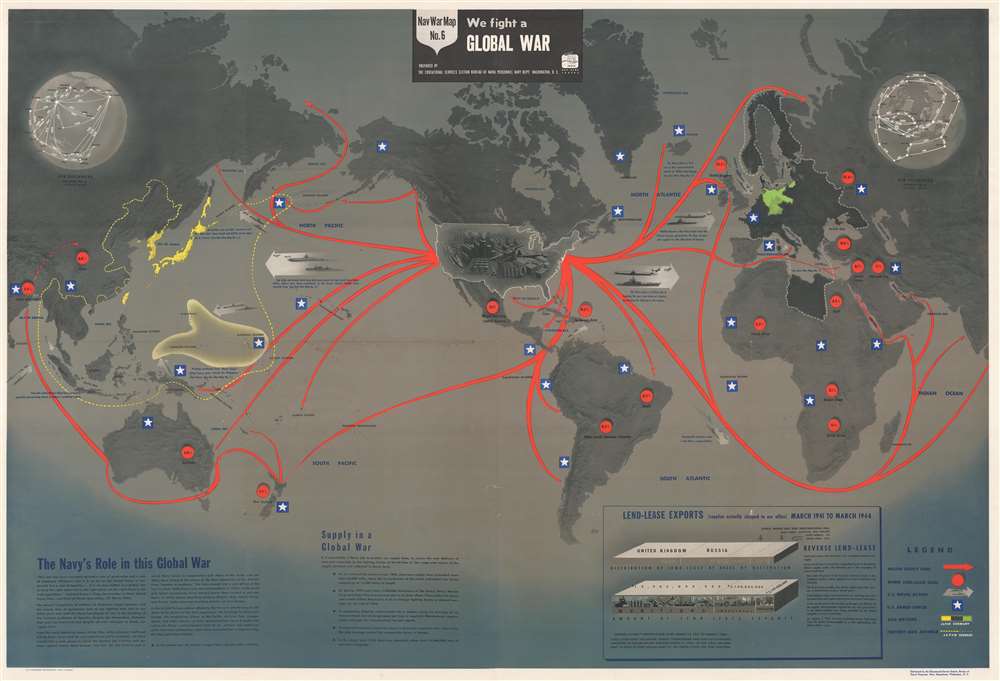 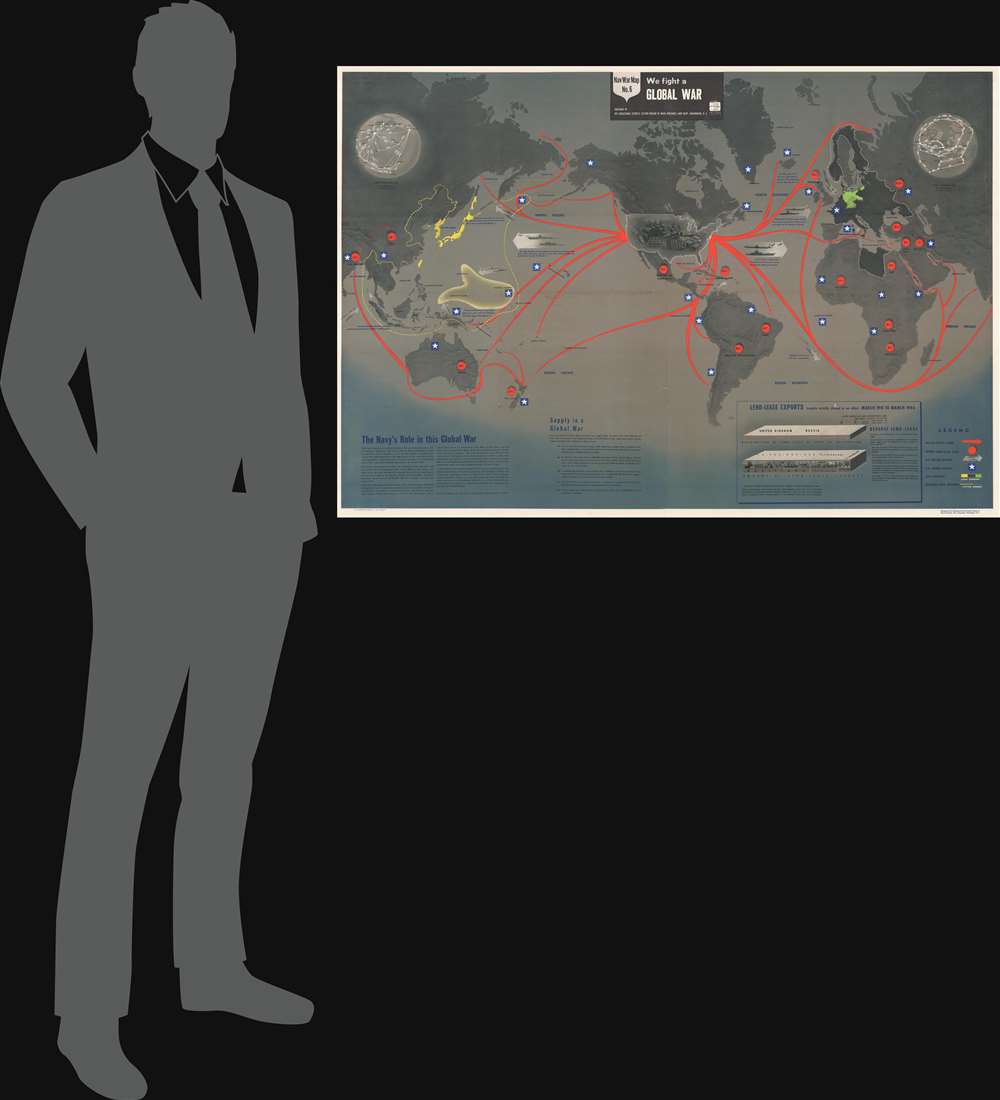 This is a 1944 Navy Education Services map of World War II as a global war. NavWarMap No. 6, tracing the global reach of the U. S. Navy, is the only world map in the NavWarMap series. Red arrows highlight American supply lines throughout the world. White stars inscribed in blue squares mark where American armed forces are active, including northern France, hinting that this map was published after the June 6, 1944, D-Day landings in Normandy. Other illustrations highlight American naval might, and promote the Navy's many successes in keeping the enemy from U.S. shores.

A Global War of Logistics

An aspect of the war that is often overlooked is the herculean task of supplying millions of soldiers throughout the world. As stated in the text in the bottom left, U.S. supply lines stretched 56,000 miles, or more than twice the circumference of the Earth. The supplies needed to sustain a single soldier was measured in tons of cargo space per man per month. It was essential that supplies safely and on time, and supply lines were often seen as an easy target. The need to protect supply line convoys only compounded the logistical challenge.

Supply Depot to the World

As one of the few industrialized nations not devastated, the United States became the de facto supply depot for the entire allied war effort. American industry was affected by the fighting and indeed continued to increase output throughout the war. This allowed the United States to support allies through a program called Lend-Lease, which sent much-needed supplies to America's allies worldwide. A graphic situated in the lower right details in broad terms where these supplies were sent and what kinds of supplies were provided.

The NavWarMap series is a series of six maps created by the Bureau of Naval Personnel, part of the Navy Department, and distributed by the Educational Services Section of the Bureau of Naval Personnel. The duties and mission of the Educational Services Section is unclear, but we believe these maps were created to educate and train naval and marine personnel. The Navy believed well-educated men became more effective sailors and marines. These maps were printed in both single- and double-sided versions. We have been unable to ascertain why both versions were printed. The full sequence includes:

These maps were created by the Bureau of Naval Personnel, most likely by the training division, and distributed by the Educational Services Section. The maps of the NavWarMap series were created both to inform and motivate Allied soldiers, sailors, and airmen. No OCLC references exist for the individual maps. One OCLC entry catalogues nine institutions that possess the entire set: Franklin and Marshall College, the Ohio State University, the University of Michigan, the University of Wisconsin, the Wisconsin Historical Society, the University of Florida, Idaho State University, the National Library of Australia, and Monash University in Clayton, Australia. NavWar Map No. 6 as an individual piece is not cataloged in OCLC, but it is part of the David Rumsey Map Collection.