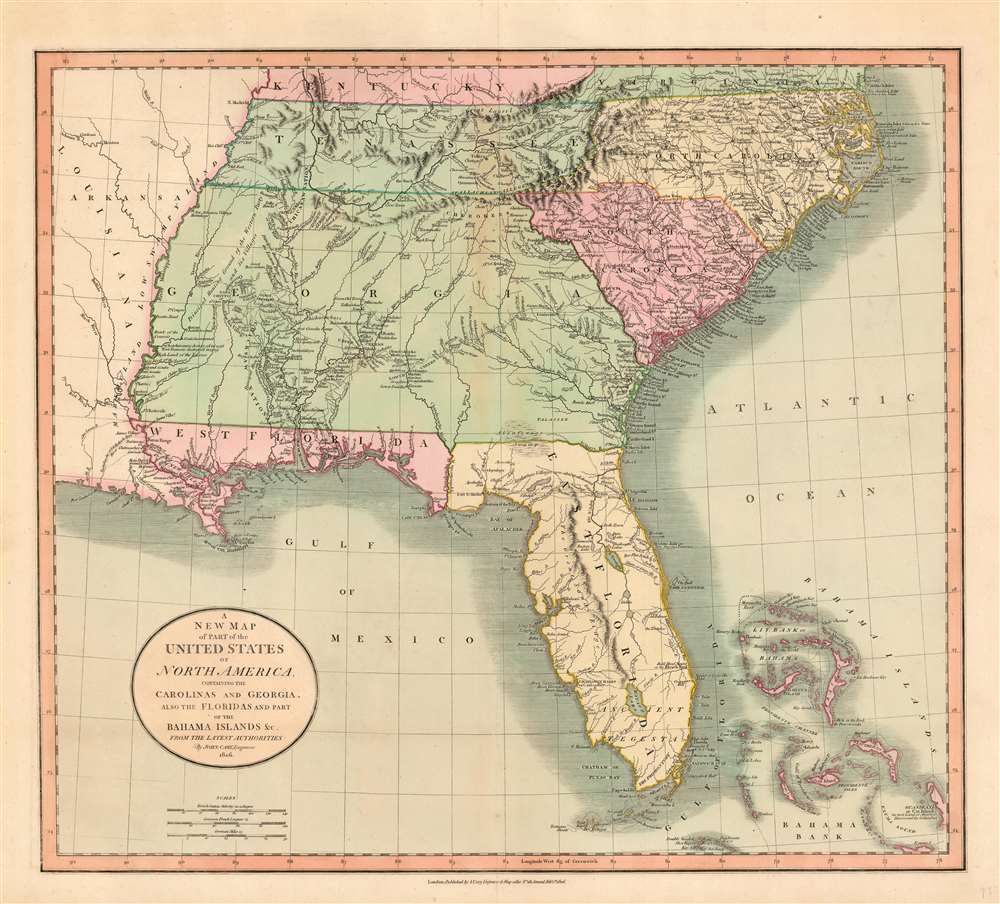 The map was prepared in 1806 by John Cary for issue in his magnificent 1808 New Universal Atlas.