1871 Sikkel Manuscript Map of the Netherlands (Holland), Belgium and Luxembourg 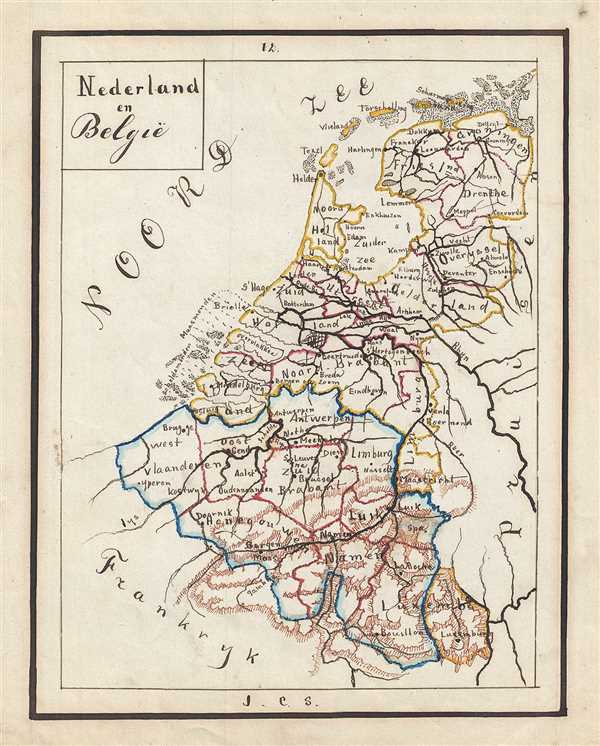 1871 Sikkel Manuscript Map of the Netherlands (Holland), Belgium and Luxembourg

This is a beautiful 1871 manuscript map of the Netherlands, Belgium and Luxembourg. Hand drawn by J. C. Sikkel, the map extends from the North Sea south to include the Duchy of Luxembourg. Important cities, towns, rivers, provinces, islands, etc. are noted. The map presents beautifully rendered topography. Some coastal features are also noted. Features wonderful and whimsical overall presentation. This map was drawn in 1871 by J.C. Sikkel as part of Der Atlas Geheele Aarde.