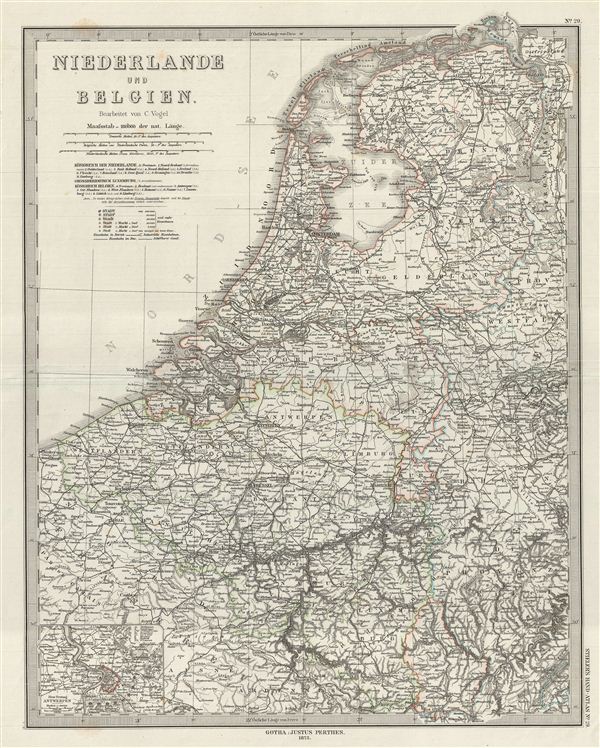 This is a beautiful example of Stieler's 1873 map of Holland (the Netherlands) and Belgium. The map covers both countries from Friesland to Luxembourg. An inset in the lower left quadrant details the environs of Antwerp. Stieler's map is highly detailed offering both political and physical data. In 1830, the Belgian Revolution led to the secession of Belgium from the United Kingdom of Netherlands and it's subsequently consolidation as the independent Kingdom of Belgium. Though Belgium had successfully attained self-rule, the Netherlands refused to recognize the new country until the 1839 Treaty of London. Various cities, mountains, roads, rivers and an assortment of additional topographical details are noted. Printed to a high production standard, as was typical of German and especially Perthes/Stieler maps of this period. Published by the Justus Perthes firm for issue as plate no. 29 in the 1873 edition of Stieler's Hand-Atlas.