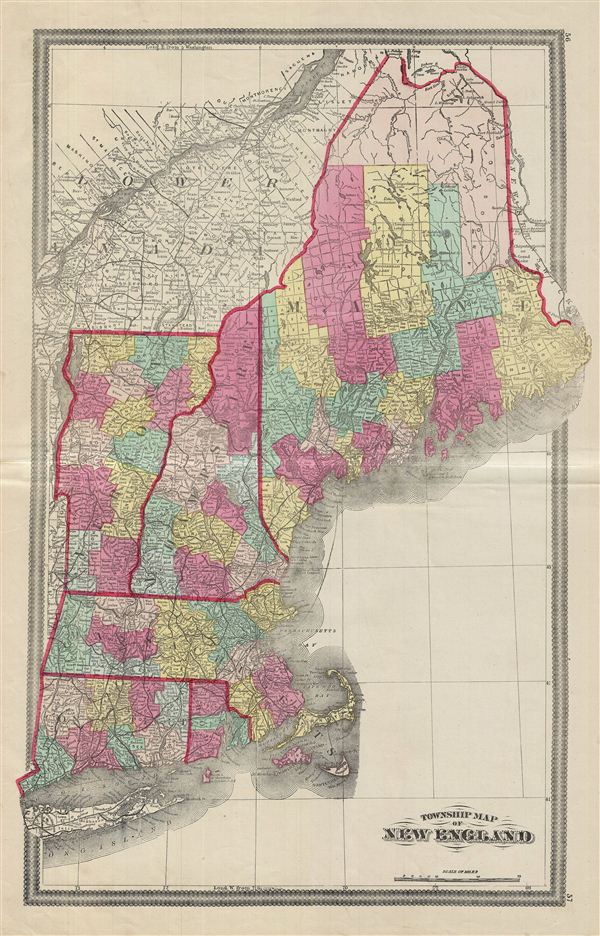 This is a fascinating example of the 1862 H. H. Lloyd map of New england. Lloyds map covers from Maine to Long Island, including the states of Maine, New Hampshire, Vermont, Massachusetts, Rhode Island and Connecticut, as well as adjacent portions of New York and Canada. Numerous cities, countries, rivers, cities, mountain passes and various other topographical features are identified. Hand coloring defines national and regional boundaries. Prepared by H. H. Llloyd and Co., New York as plate nos. 56 and 57 for the 1862 edition of the Atlas of the United States.

Very good. Original centerfold visible. Minor wear along centerfold.
Looking for a high-resolution scan of this?