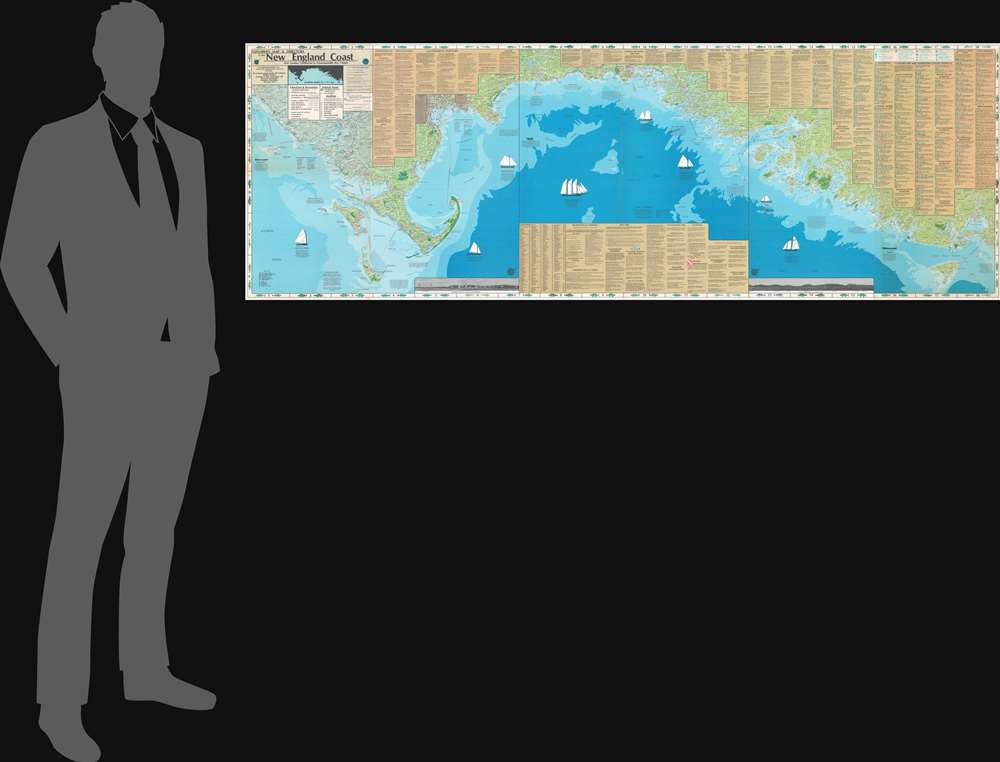 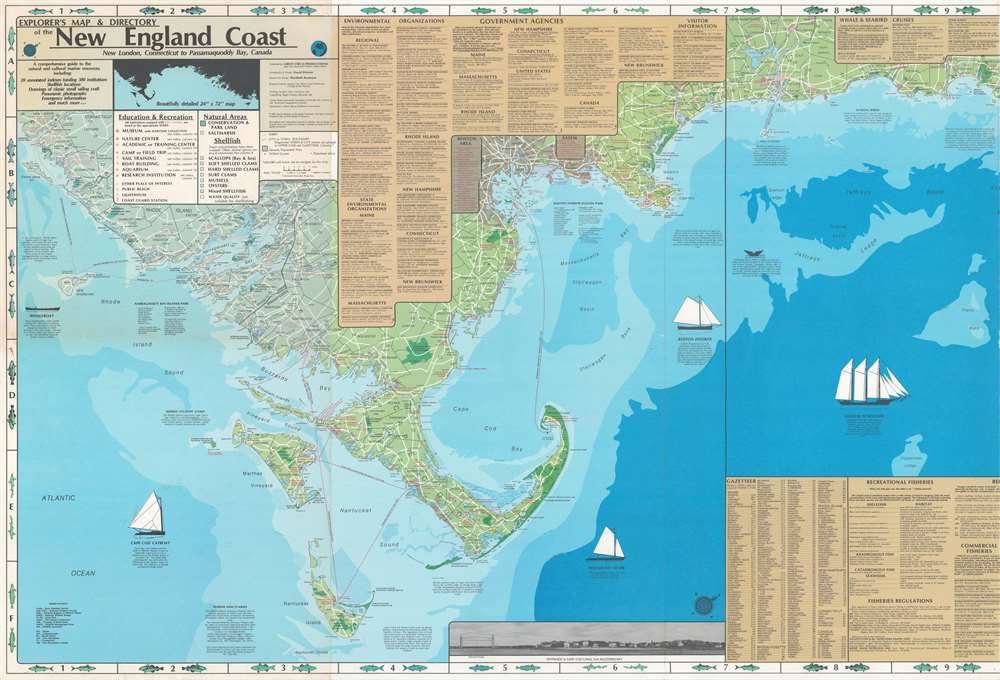 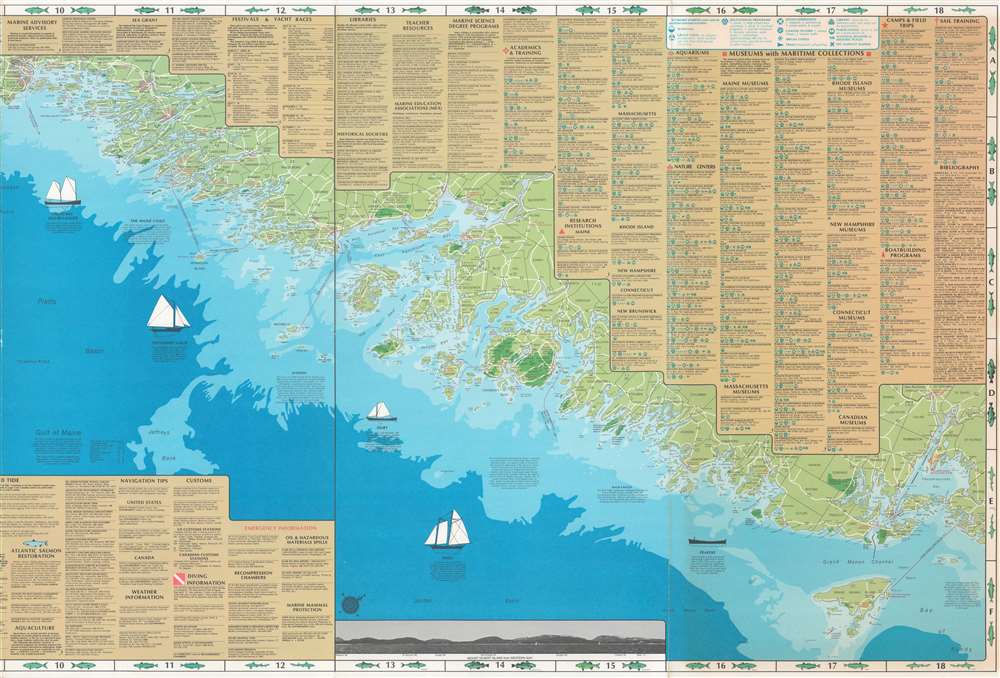 This is a 1981 David Weaver and Elizabeth Sorenson pictorial fishing map of the coast of New England and Canada. The impressively long map covers from New London, Connecticut to Passamaquoddy Bay, Canada. Areas of dark green shading highlight conservation areas, including state parks and forests, national wildlife refuges, and wildlife management areas. Pictorial illustrations highlight the various types of seagoing boats popular in these seas. Other short texts comment on marine sanctuaries and the environmental conditions. Red symbols identify beaches, lighthouses, and coast guard stations, as well as aquariums, museums, research institutions, and other sites of interest. An extensive index situated along the top border offers additional information about each. Data on recreational fisheries, fishery regulations, red tides, and Atlantic salmon restoration appears along the bottom.

This map was researched by Elizabeth Sorenson and drawn and designed by David Weaver. It was published by Great Circle Productions in 1981. This piece is well represented in institutional collections but is scarce on the private market.

David Weaver (fl. 1974 - 2015) is an American cartographer, geographer, and GIS analyst. Weaver attended Simmons College and Clark University before beginning a career in cartography. Over the course of his career he made numerous maps, including the Explorer's Map and Directory of the New England Coast and Boston's Bikemap. He is a founding partner of Applied Geographics, Inc. Learn More...

Very good. Verso repair to a fold separation. Closed tears extending three-quarters (3/4) of an inch into printed area (one on each end) professionally repaired on verso.