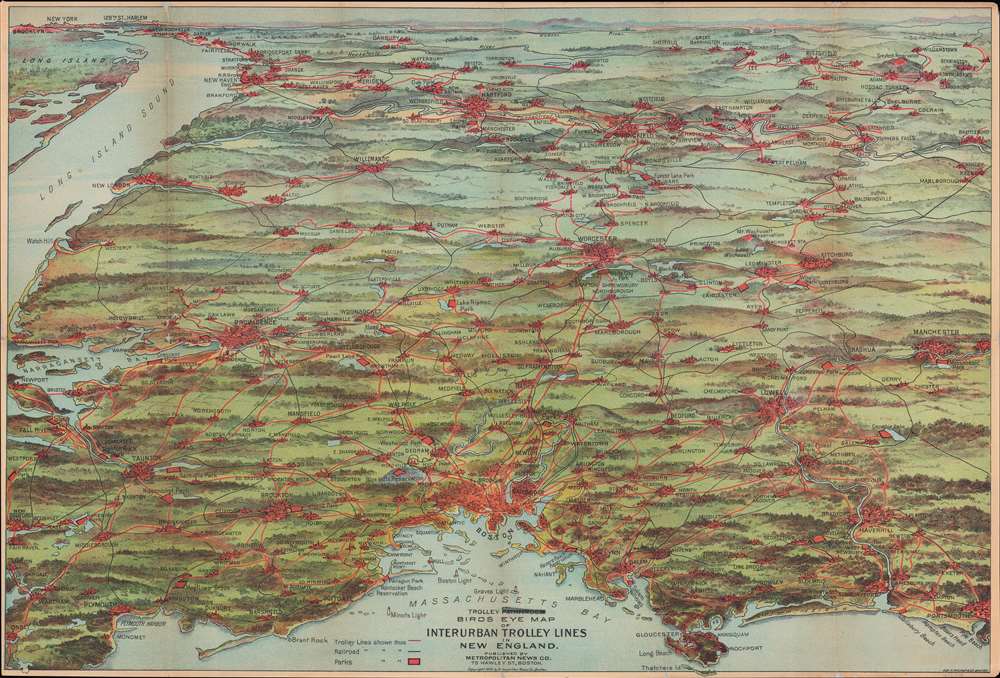 This is a vivid 1905 chromolithograph bird's-eye view style pocket map of New England by George Walker issued for the Metropolitan News Company. The view was issued to promote the extensive but ephemeral New England streetcar network. Centered on Boston and oriented with north to the right, the map reveals New England from Portsmouth to New York City and Long Island, excluding Cape Cod. It features the extensive trolley lines connecting the major New England cities including Boston, Providence, Brockton, Plymouth, Manchester, Springfield, Portsmouth, Worchester, Hartford and others. It also notes railway lines, parks, lakes, rivers and other geographic features.

This map was created by George H. Walker and published by the Metropolitan News Company in 1905. Stylistically it is very similar to Trolley Wayfinder Birds Eye View of Trolley Routes in New England, published in the same year, also by Walker, but focused more broadly. It is scarce.

Very good. Minor wear along original fold lines. Some edge wear and verso reinforcement. The word 'pathfinder' partially inked out in titled.
Looking for a high-resolution scan of this?