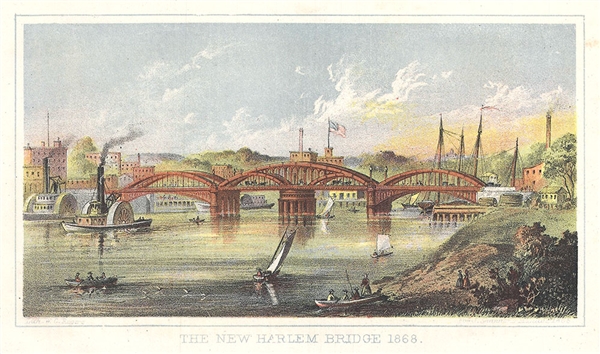 Charming view featuring the New Harlem Bridge or, as it is known today, the Third Avenue Bridge.
$200.00

This is a charming 1868 chromolithograph view of the New Harlem Bridge over the Harlem River by Shannon and Rogers. The view features the Harlem River with various boats including sailboats, rowboats and steamboats. The New Harlem River Bridge, created in 1868 connects the Burroughs on Manhattan and the Bronx. The Third Avenue Bridge, still functioning today, now stands in its place.

Very good. Minor spotting in margins.
Looking for a high-resolution scan of this?