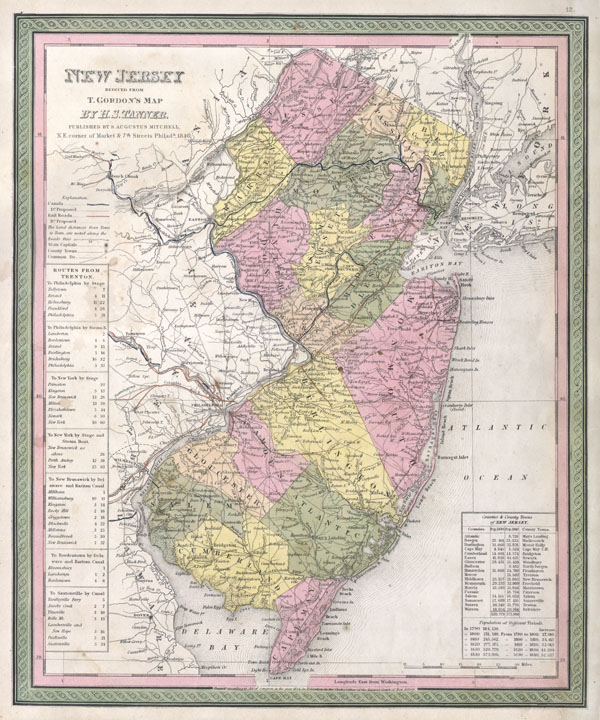 A fine example of Mitchell's c. 1846 map New Jersey. A highly unusual state of this map. In 1846 Mitchell published two editions of the New Universal Atlas, one edition with the Cary and Hart imprint and borders and another with his own Mitchell imprint and slightly different borders. The Rumsey example, from the first, 1846 issue of the atlas, features the Cary and Hart borders. This issue, though cartographically identical and maintaining the 1846 date, has borders more common in later Mitchell Atlases. However, the copyright on the map remains the same as the earlier Tanner maps – in this instance 'T. Gordon.' The map itself is based upon Tanner's 1834 reduction of Thomas Gordon's seminal 1828 Map of New Jersey. Prepared for inclusion as map no. 12 in the 1847 issue of Mitchell's New General Atlas. Dated and copyrighted, 'Entered according to Act of Congress in the Year 1834 by T. Gordon in the Clerk's Office of the District Court of New Jersey.'

A New Universal Atlas Containing Maps of the various Empires, Kingdoms, States and Republics Of The World. (1846 Mitchell issue)