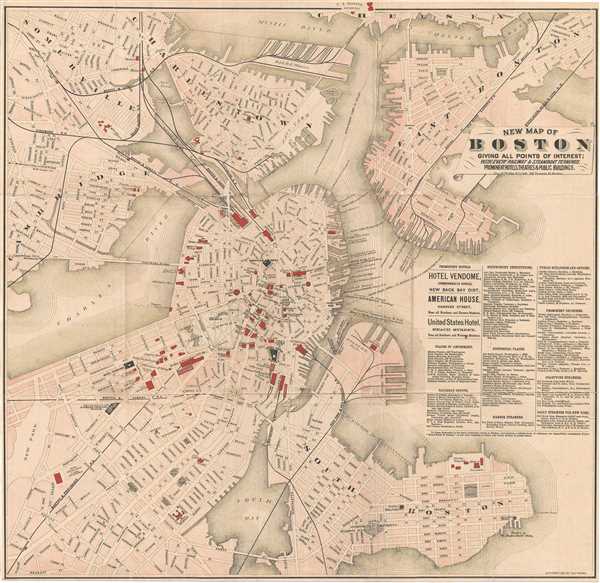 Beautiful plan of the city showing points of interest.