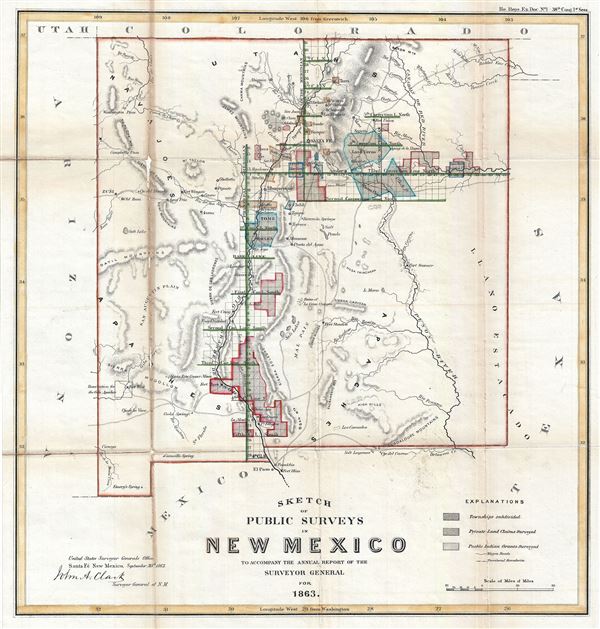 This is a beautiful 1863 public survey map of New Mexico. Centered on the Rio Grande, it covers the region entire state of New Mexico from Emory's Spring, north as far as Raton Mountains and from Washington Pass to the state boundary of Texas. This map was prepared to illustrate the progress of the public survey work in New Mexico, noted via a series of blocks representing the survey grid. An explanation in the bottom right quadrant explains the various markings in the blocks. Several important cities, towns, rivers, creeks, roads, and other important topographic features are noted throughout. The reservation for the Gila Apaches is also identified. Fort Bliss, Fort Summer, Fort Union, and the location for several other forts are also noted. This map was prepared by John A. Clark, Surveyor General of New Mexico, for issue in the 1864 congressional report, Message of the President of the United States to the Two Houses of Congress at the Commencement of the First Session of the Thirty-Eighth Congress.