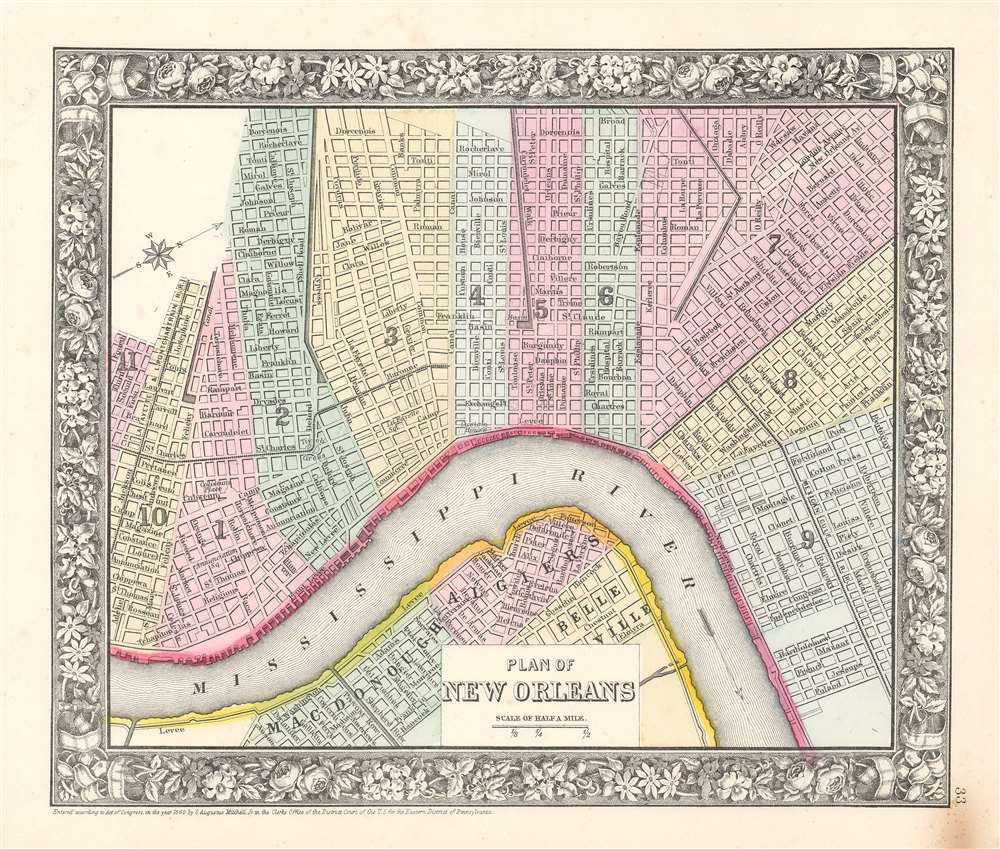 This is an 1863 Samuel Augustus Mitchell, Jr. city map or plan of New Orleans, Louisiana. The map depicts the region from Fourth Street to Poland Street and from Broad Street to the Algiers neighborhood. Highly detailed, myriad streets are illustrated and labeled throughout. City wards are shaded different colors to allow for easy differentiation. The Mississippi River is labeled, as are the McDonogh (MacDonough), Algiers, and Belleville neighborhoods. The Lafayette and Lake Pontchartrain Railroad and the Mexican Gulf Railroad are also illustrated and labeled.

This map was created and published by Samuel Augustus Mitchell, Jr. in the 1863 edition of his New General Atlas.