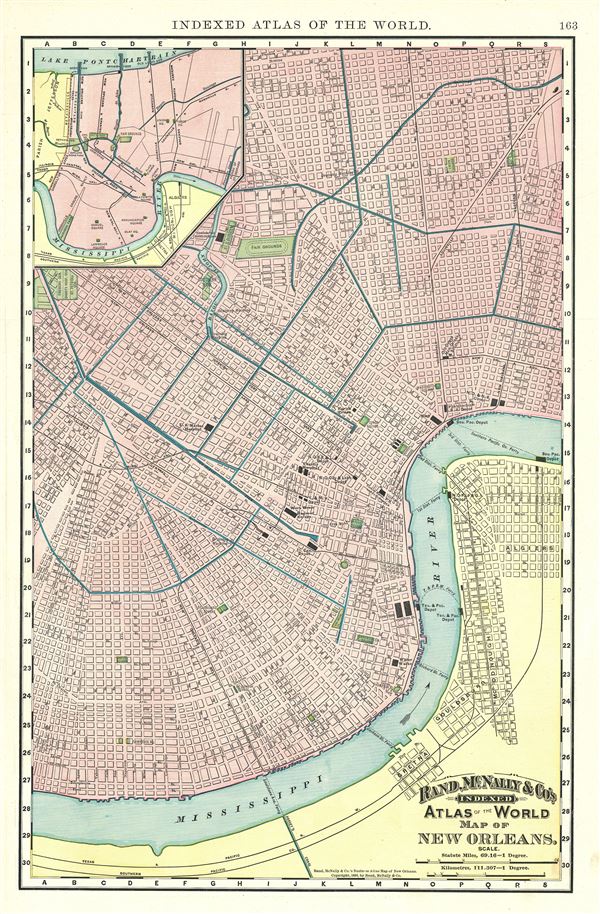 An attractive 1892 map or plan of the city of New Orleans, Louisiana, issued by Rand McNally and Company. It covers the city from the Mississippi River north as far as Monroe St. and from Firemens Cemetery east to Algiers. The map is highly detailed and notes individual streets and important buildings throughout, including the U.S. Marine Hospital, Mint, House of Refuge, etc. Parks, railway and ferry lines, squares and other topographical features are also noted. An inset in the upper left quadrant features New Orleans in its entirety with railway lines marked. This map was issued as plate no. 163 in the 1893 edition of Rand McNally and Company's Indexed Atlas of the World- possibly the finest atlas Rand McNally ever issued.