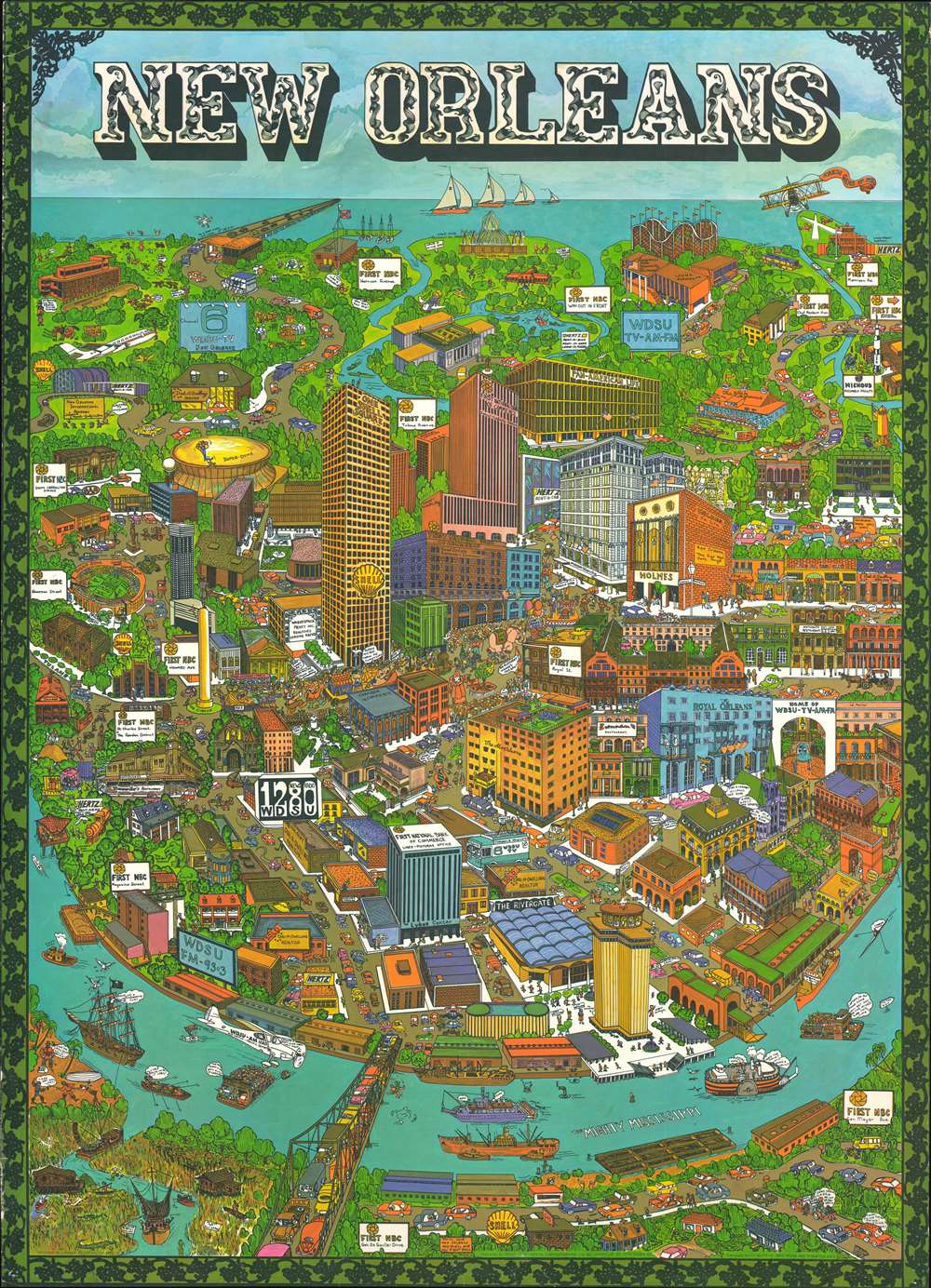 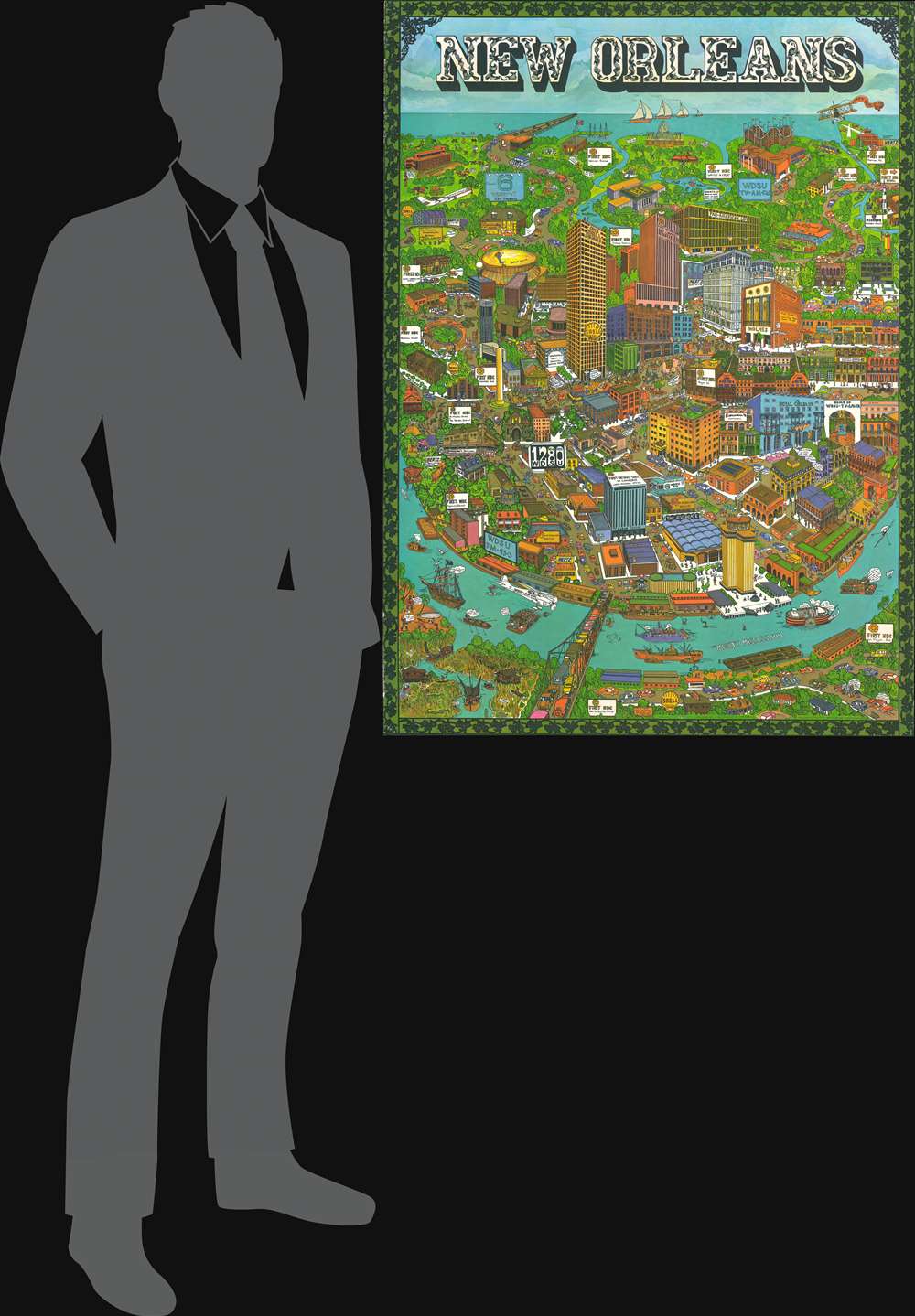 This is an uncommon and creative 1972 Trans Continental Cartographers pictorial map of New Orleans, Louisiana. The map depicts the center of modern New Orleans, from the Mississippi River (labeled here as 'The Mighty Mississippi') to the shores of Lake Pontchartrain during Mardi Gras. A depiction of the famous Mardi Gras parade features prominently, with floats, performers in costume, and a pink elephant all taking part. Other mentions of Mardi Gras include a banner pulled by a biplane in the upper right corner and a depiction of the Mardi Gras fountain on the shore of Lake Pontchartrain. The map also includes depictions of several well-known New Orleans landmarks, such as Tulane University, the Sugar Bowl, the Superdome, and the French Quarter or Vieux Carre. It depicts the Lake Pontchartrain Causeway, which was opened in 1969, and is the longest continuous bridge over water in the world at 23.83 miles.

A Most Entertaining Piece

The details that populate this piece are highly entertaining. For example, the mascot for both the Tulane Green Wave and the New Orleans Saints are depicted in front of the Sugar Bowl. Also, on the street behind the Sugar Bowl, a tank operator says, 'This you'd better take a look, sir'. Along the parade route, one of the spectators is yelling, 'Please mister throw me something', while another states, 'An elephant? Where's Tarzan?'. Along the Mississippi, teaming with ferries and tugboats, there are also pirates fooling around on shore, and a Confederate submarine. In the lower left, 'bayou country' is noted, with a sign that reads, 'Do not pet alligators'.

This map was published by Trans Continental Cartographers of Vancouver, British Columbia in 1972. They published several pictorial maps of American and Canadian cities, including Boston, San Francisco, Kansas City, Atlanta, Minneapolis, and Vancouver. It was distributed by A.A. Sales Inc. of Seattle, Washington. We were unable to locate any examples of this map in institutional collections, making it a unique and entertaining addition to any collection. We are aware of two other examples in private hands.

Transcontinental Cartographers Limited (fl. c. 1971 - 1972) was a publishing company based in Vancouver, British Columbia. The company published several pictorial maps of American and Canadian cities, including Boston, San Francisco, New Orleans, Kansas City, Atlanta, Minneapolis, and Vancouver. It appears that they subscribed to the ‘subscription model’ of cartography, by accepting payment from companies to feature their businesses in their maps. Their maps were distributed by A.A. Sales Inc. of Seattle, Washington. Learn More...