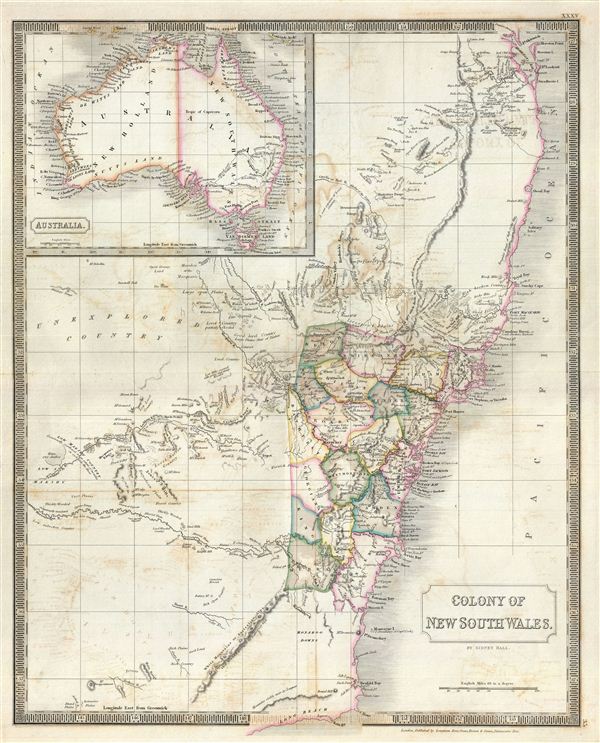 A beautiful map of the colony of New South Wales, Australia, from Sidney Hall's extremely scarce 1835 New General Atlas. The map covers eastern Australia from Moreton Bay south, Past Sydney and Botany Bay, to Long Beach and Twofold Bay. It also extends a considerable distance inland despite the region being only tenuously mapped. There are four known states of this map, each featuring significant updates over its predecessors. The present example is the scarce 2nd edition, issued in 1835. Instead of 9 counties, as appear in the 1830 variant, the present example divides New South Wales into 19 counties. Moreover, it features significant additional inland detail not present in the first edition. Two of the first edition's three 'Unexplored Country' annotations have been removed, leaving only the third and largest to the west of the Macquarie River. All variants of this map feature a large inset general map of Australia in the upper left quadrant. The western part of the continent is there identified as 'New Holland,' a term that would fall out of favor shortly after this map was printed. Elevation throughout is rendered by hachure. Hall's map is among the largest and finest maps of this region to be commercially produced in the early 19th century and a cornerstone of any New South Wales collection.