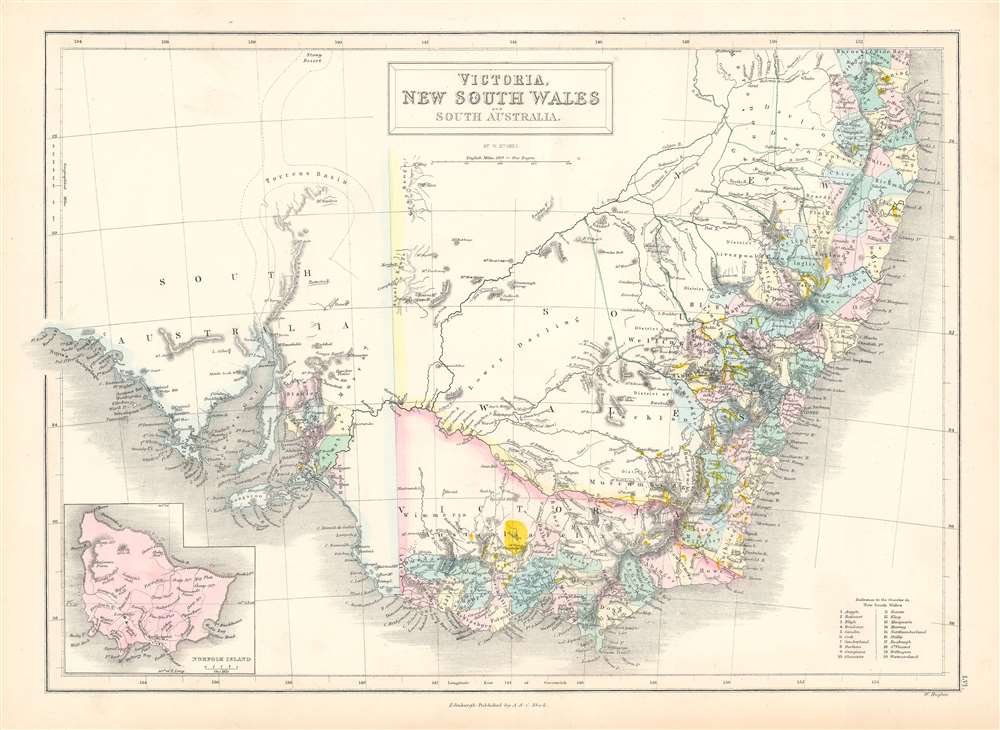 This is an 1853 Adam and Charles Black map of New South Wales, Victoria, and South Australia, Australia. Updated because of intense interest surrounding the Australian Gold Rush, the region's gold deposits are highlighted in yellow. Twenty counties in New South Wales are numerically identified and correspond to a reference situated in the lower right corner. A handful of counties appear in South Australia around Adelaide and St. Vincent Gulf. All these counties are concentrated along the coastline with little inland detail, apart from river network in New South Wales.

This map was drawn by William Hughes and published by Adam and Charles Black in the 1853 edition of their Black's General Atlas. The separate map appears in eight institutional collections in OCLC and the atlas is well represented institutionally.