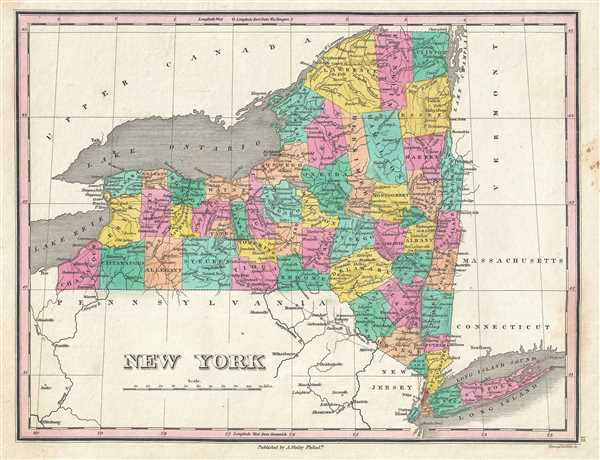 This is an 1828 Anthony Finley map of New York. The map depicts the region from Lake Erie to Vermont, Massachusetts, and Connecticut and from Ontario to Pennsylvania and New Jersey, including Long Island and Lake Ontario, all in Finley's classic minimalist style. Rivers, roads, canals, and some topographical features are illustrated. Numerous cities and towns are labeled, including New York City, Albany, and Buffalo. Counties are labeled and easily differentiated as they are shaded by color. Lake Champlain is illustrated and labeled along the eastern border between New York and Vermont.

The map was engraved by Young and Delleker for the 1828 edition of Anthony Finley's General Atlas.