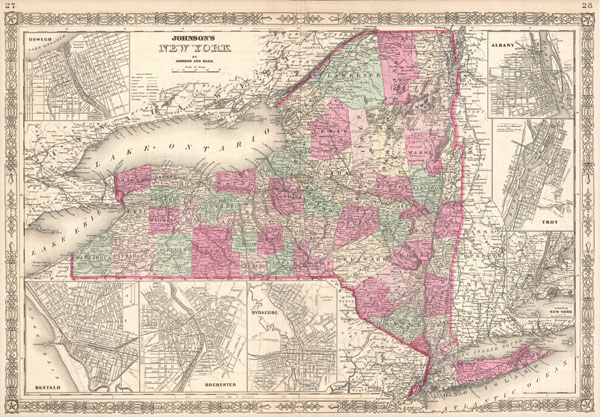 This is A. J. Johnson's beautifully hand colored first edition 1864 map of New York. This map shows cities, topographical features, railways, ferries and roads with color coding at the county level. Insets of Oswego, Buffalo, Rochester, Syracuse, Albany, Troy, and New York City surround the main map. Noting that a good number of his subscribers were from New York, Johnson made replacing the single page map of New York State he inherited from Colton was one a top priority. Johnson introduced this large folio map in the 1861 edition of his atlas and it went through minor annual updates through 1866 when it was again redrawn.