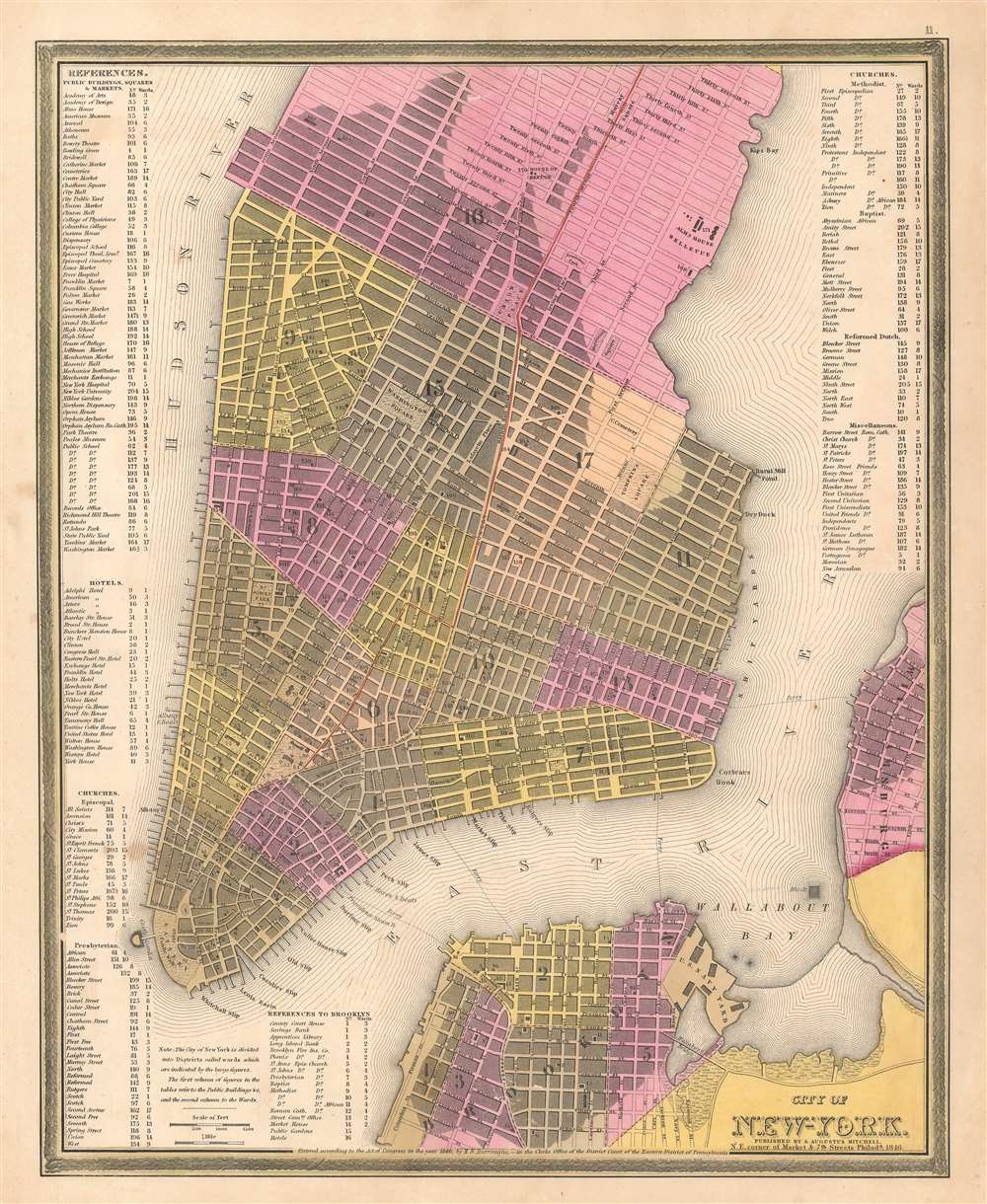 This hand-colored map of New York City is a lithograph engraving, dating to 1850 by the American mapmaker S.A. Mitchell Sr. The map depicts the island of Manhattan from 37th street (Kips Bay) south to Battery Park and Brooklyn from Williamsburg to Columbia St. The whole is shown in magnificent detail with many important buildings, ranging from the Brooklyn Naval Yard to important hotels and churches, depicted and labeled. Shading illustrates the extent of major development as of, roughly 1835. The route of the Harlem Railroad, from City Hall part, then along the Bowler, then 4th Avenue towards Harlem is highlighted in orange. Tables to either side of the map key important locations, from hotels, to churches, to civic buildings.

This map is a descendent of the 1835 H.S. Tanner map of New York issued for Tanner's Universal Atlas. The plates passed through Carey and Hart, to S. A. Mitchell, to, as here Thomas Cowperthwait and Company. While they were revised and updated somewhat, the basic map remained unchanged through most iterations, making it one of the more popular and obtainable 19th century maps of New York.