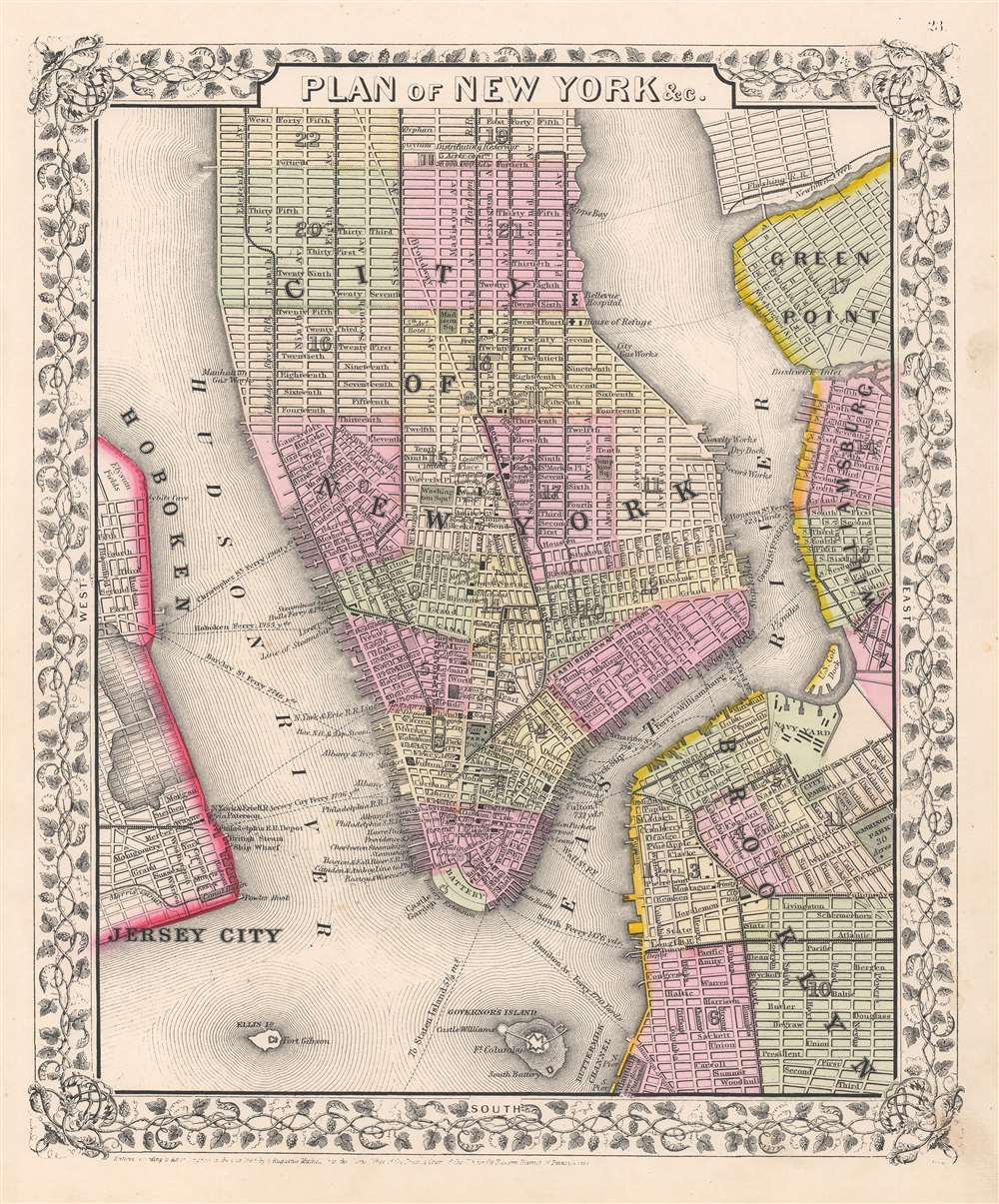 This is an eye-catching example of Samuel Augustus Mitchell Jr.'s 1866 city plan or map of New York City depicting Manhattan below 45th street. Surrounding lower Manhattan are the noted riverine features of the Hudson River, East River, New York Harbor, Buttermilk Channel, Newtown Creek, and Bushwick Inlet. Adjoining to the borders of the map are parts of Brooklyn, Williamsburg, Greenpoint, Hoboken, and Jersey City. The surrounding neighborhoods and water features draw the viewer's eye into Lower Manhattan from a bygone era. Mitchell offers wonderful detail, referencing parks, streets, piers, railroads, ferries, and important buildings. A few noteworthy features represented in this piece are Ellis Island, Governor's Island, and what is now Battery Park, all of which have since undergone significant geomorphic changes. Within the boroughs of New York City, neighborhoods are color coded with red, green, and yellow pastels according to political divisions. The map is surrounded by an attractive floral border common to Mitchell's atlases between 1860 and 1866. This is a wonderful representation of one of the more attractive atlas maps of New York City to appear in the mid-19th century.

Prepared by S. A. Mitchell Jr. for inclusion as plate 19 in the 1867 issue of Mitchell's New General Atlas. Like many American map publishers of this period, Mitchell did not regularly update his copyright, consequently this map is dated and copyrighted to 1860: 'Entered according to Act of Congress in the Year 1860 by S. Augustus Mitchell Jr. in the Clerk's Office of the District Court of the U.S. for the Eastern District of Pennsylvania.'