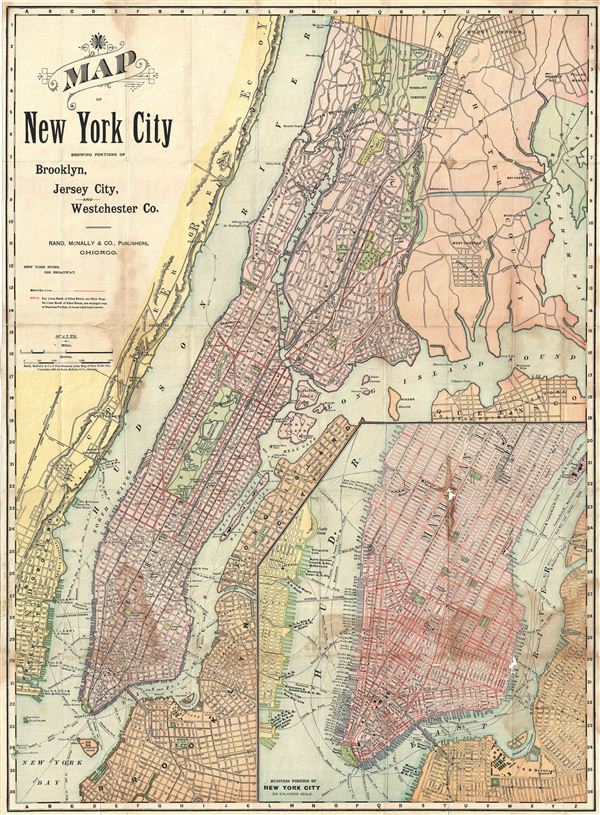 An uncommon 1892 Map of New York City by Rand McNally and Company. The map covers all of Manhattan and the Bronx as well as parts of Brooklyn, Queens, and Westchester. An inset in the lower right quadrant focuses on the southern half of Manhattan below 60th street. The map includes further notations regarding important buildings, street car lines, ferry lines, and parks. Dated and copyrighted to Rand McNally and Company, Chicago, 1892. This is the second edition of this map, the first having been issued in 1891.

Good. Map exhibits some wear on original fold lines, especially at fold intersections, some of which exhibit slight loss. A couple of minor water stains here and there. Backed with archival tissue for stability.

Haskell, D., Manhattan Maps A Co-operative List, 1458.
Looking for a high-resolution scan of this?