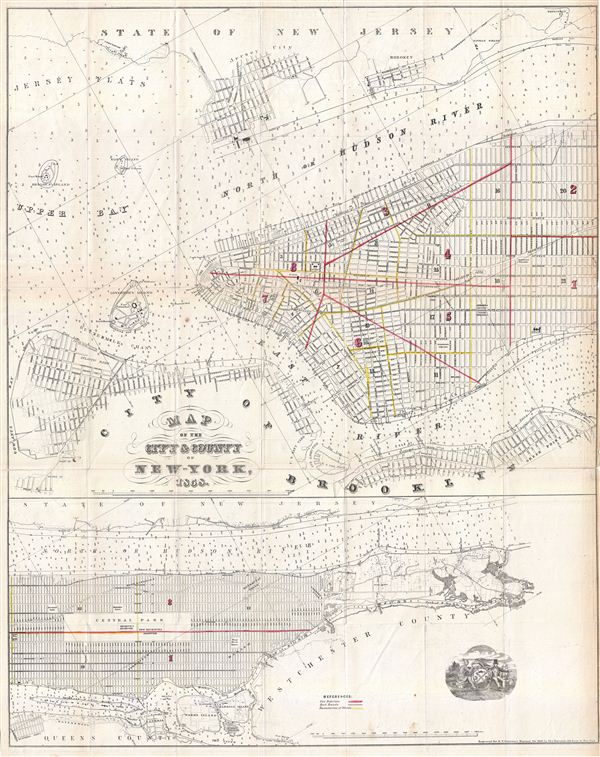 An uncommon 1858 map of New York City by D. T. Valentine. This map is divided into two sections. The primary map, located in the upper quadrants, details Manhattan from 38th street to the Battery, including parts of Brooklyn, Governors Island, Ellis Island, Bedloe Island (Statue of Liberty), Jersey City, and Hoboken. The lower map focuses on upper Manhattan north of 38th street and includes Roosevelt Island, Wards Island, Randals Island, and parts of Queens. Both maps show the street grid in some detail noting all major streets and some important buildings. A stylized seal of New York City appears in the lower left quadrant. This map was issued for the 1858 edition of D. T. Valentine Manual of the Corporation of New York.

Very good. Professionally flattened and backed with archival tissue. Some wear and toning on original fold lines. Left margin narrow, as issued.
Looking for a high-resolution scan of this?