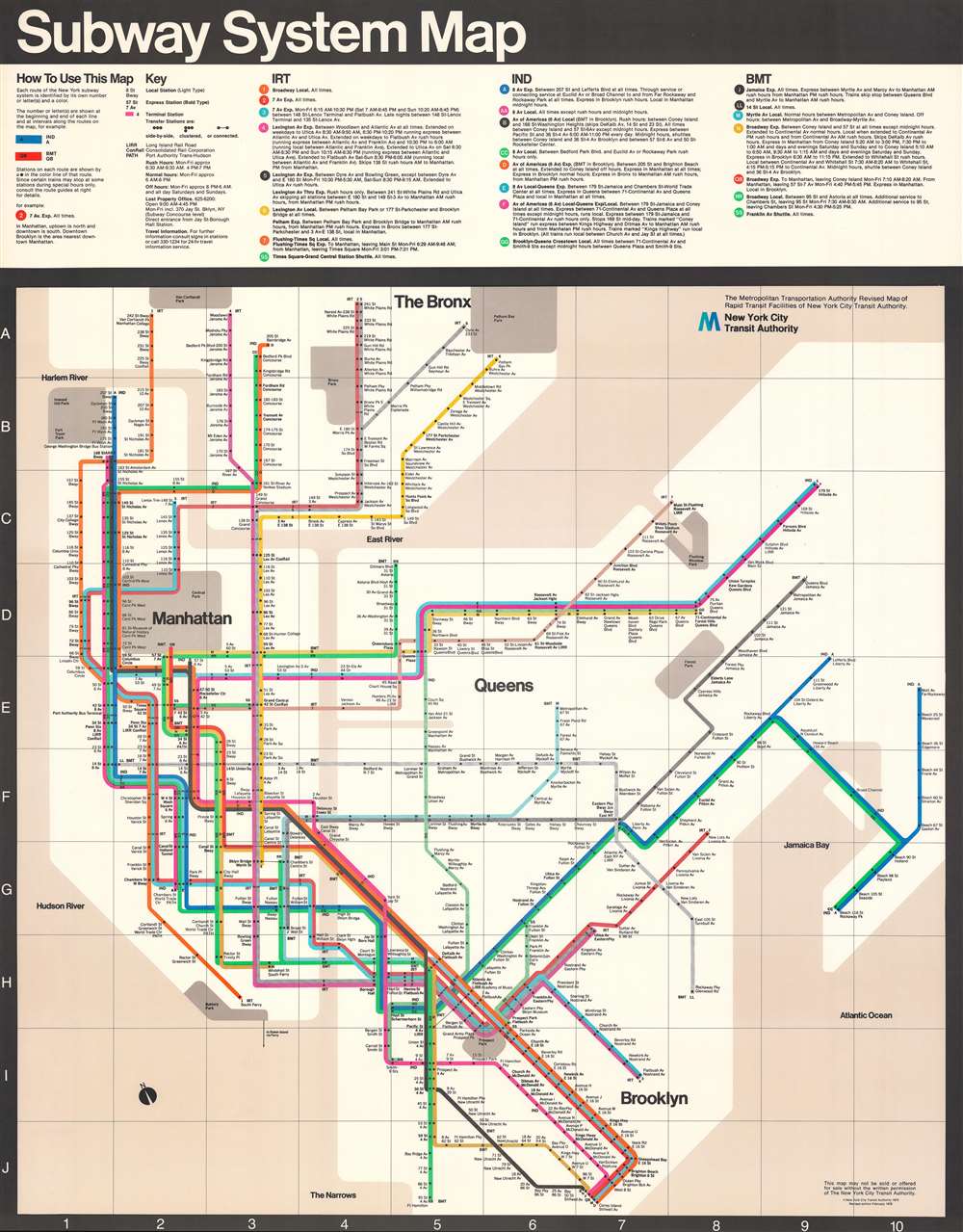 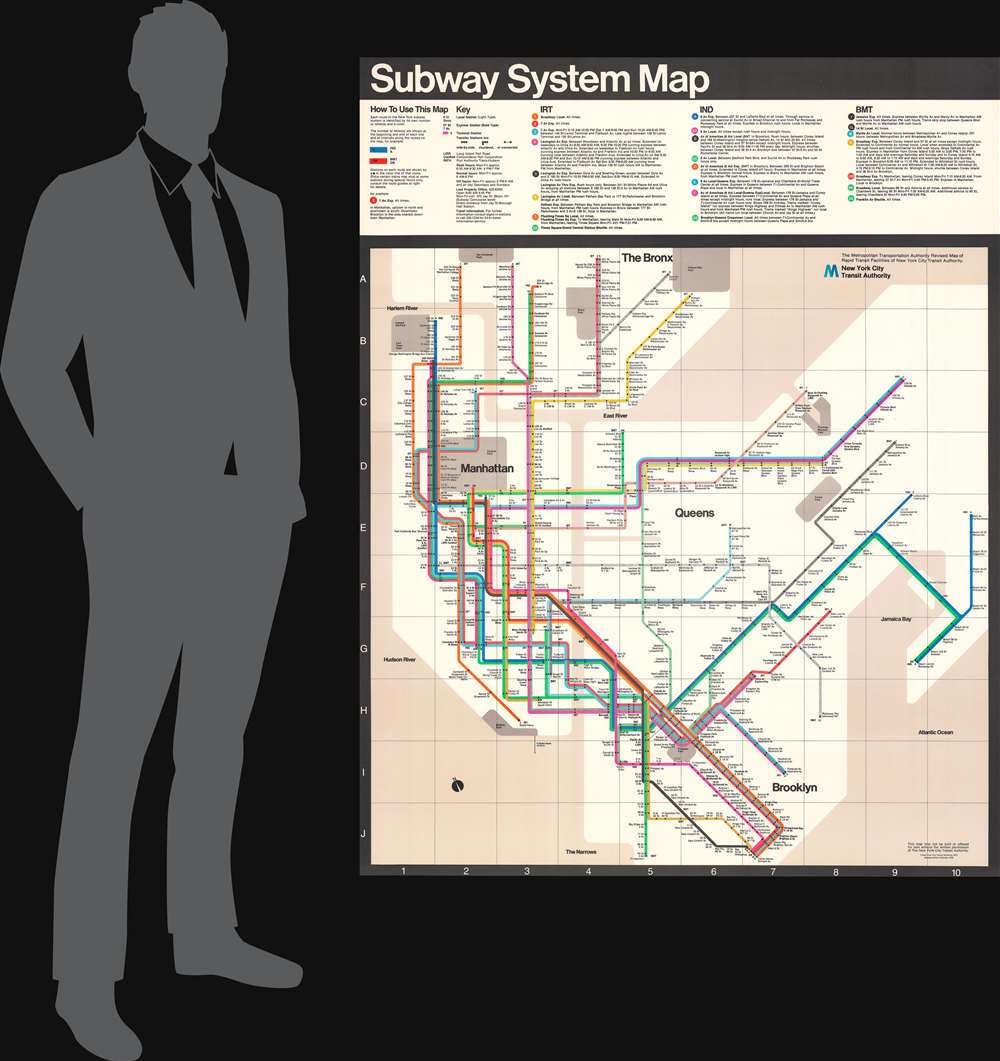 A masterpiece of 20th century graphic design, this is the 1978 Massimo Vignelli map of the New York Subway system - one of just 11 surviving examples. The present example is an oversized 'station map' intended for public displayed in stations, not individual use. The current example can trace its provenance to Peter Lloyd, the published expert on Vignelli subway maps.

Vignelli's map received mixed reviews. Graphic designers and other artists hailed it as a triumph of modernist design and utility. Others criticized the absence of above-ground landmarks, the distortion of those that do appear (particularly Central Park), and the murky beige indicating water. Nonetheless, the Vignelli map was used in New York Subways from 1972 until 1979, when it was replaced by the current Michawel Hertz model.

The present example was formerly part of the collection of Peter Lloyd, a scholar of the history of the New York City Subway. Lloyd has written several articles and a book about Vignelli's transit maps.

This map was designed by Massimo Vignelli and published by the New York City Transit Authority in 1978. There are various editions from as early as 1972. The present edition, revised to February 1978, is one of the last and thus most evolved. Mr. Lloyd has traced just 11 surviving examples of the present map. OCLC notes seven cataloged examples of the February 1978 edition, all significantly smaller personal subway maps. Of the present station-sized map, we note no comparables.

Massimo Vignelli (January 10, 1931 - May 27, 2014) was an Italian designer who worked in public signage, package design, furniture design, graphic design, environmental design, and interior design. Born in Milan, Italy, Vignelli attended the Politecnico di Milano where he studied architecture and later the Università Iuav di Venezia. Vignelli earned a fellowship and visited America from 1957 through 1960, and then in 1966 he returned to New York to open the New York branch of Unimark International. While at Unimark, Vignelli oversaw design work for American Airlines, and designed the New York City Subway system's iconic signage. He also designed the signage and wayfinding system for the DC Metro. Vignelli left Unimark in 1971 and opened Vignelli Associates with his wife Lella Vignelli. Vignelli regarded the 1972 New York Subway system map he designed as one of his finest works. Today, Lella and Massimo Vignelli's entire archive of design work resides at the Rochester Institute of Technology as part of The Vignelli Center For Design Studies. Learn More...